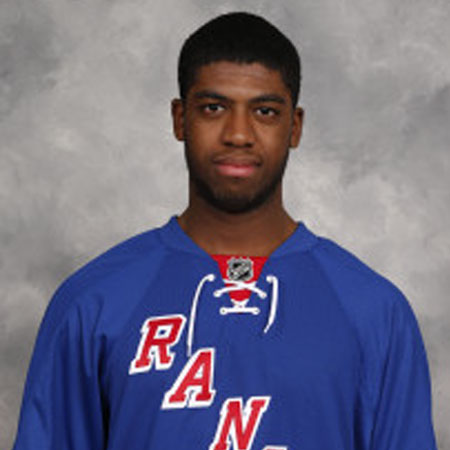 Anthony Duclair is an ice hockey player from Canada, currently rolled up with Arizona Coyotes from National Hockey League. He is also known as the World Junior's gold medalist in ice hockey and QMJHL All-Star.

Anthony Duclair was born in Montreal, Quebec, Canada on August 26, 1995, to his parents Wendell Duclair and Dominique Raphael. Duclair is Canadian in nationality and falls under Haitian ethnicity. He grew up in Point-Clarie, Quebec.

Before rise, Duclair played Hockey Quebec League for Lac St-Louis Lions between 2010 to 2011.

Anthony Duclair's career as a professional player began when he played for St-Louis Lion in the year 2010 & 2011. After leaving the St-Louis Lions, Duclair was offered to sign up with Quebec Remparts of QMJHL in 2012.

In the same year, Duclair won a gold medal playing for Canada U-18 at Ivan Hlinka Memorial Tournament. Due to his incredible play, Duclair was even enlisted to the QMJHL First All-Star team for his outstanding performance in 2013-14.

Duclair was signed by New York Rangers for three years in 2014. But was again traded to Quebec for remaining season of 2015. He was later signed by Arizona Coyotes on March 1, 2015.

Anthony Duclair is 22 years in age and is unmarried, regarding his love affairs, dating girlfriends, Duclair has kept it very low profiled.

However, Duclair was once proposed for the wedding by the 4 years old girl named Gracie Hernandez through a letter, as we all know he has a huge fan following.

There is no any clue by which we can a s sume that he is dating someone. Duclair is rather concerned in his career and seems very busy to get involved in love affairs.

Young and energetic ice hockey player Anthony Duclair is 180 cm in height and 186 lb in weight.