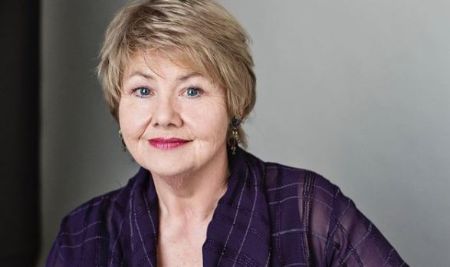 Annette Badland is an English actress who earned massive fame for playing the role of Babe Smith in EastEnders. She not only gained audience attention for her evil role in the BBC soap opera, unbelievably she even received terrifying death threats from angry fans.

To know Badland more personally and professionally, continue reading the article below.

Short-Biography: How Old Is Annette Badland?

Annette Badland was born on August 26, 1950, in Edgbaston, Birmingham, England. The 70-year-old was born under the birth sign Virgo.

After her parents' divorce, she was raised by a single mother. After separating from her father, the mother-daughter really struggled a lot, even for one time meal in a day. In an interview with Telegraph, she said:

My mum was very skinny — my parents and I would eat a tin of soup between us. Mum would literally look in pockets and old bags for coppers so that we could go to an afternoon matinee at the pictures.

Regarding her education, Badland was trained at East 15 Acting School in England.

Annette is not married at the moment. As per reports, she is in a relationship with the actor David Hatton.

The couple first met in 1979 in a show. During that time, David was in the audience, and Annette was on the stage. The Doctor Who actress once shared her love story, saying:

He fell in love with me over the footlights and kept coming back to see me. It was rather romantic.

Since starting their relationship, the duo was very clear about their intention of not tying the know so, and they are yet unmarried. Badland, along with her longtime partner, lives in London.

EastEnders' actress stands at the height of 5 feet 1-inch or 155cm tall. In 2018, she was looked different in a picture which she uploaded on Twitter where she was thinner than other usual.

Badland received lots of comments on her post if she had lost weight. Though she did not respond to those comments, she definitely shared her weight loss journey during her earlier years.

For decades since the 1970s, she was getting acupuncture at least once a month. The ancient Chinese technique helped her keeping her metabolism right and lose over three stones.

Annette eventually stopped doing the treatment because she started aging. Since then, she has been swimming to keep herself healthy and fit.

How Much Is Annette Badland Worth?

So far, the versatile figure has 160 acting credits and 20 radio credits under her name. As per reports, Annette Badland has an estimated net worth of $3 million as of June 2021.

The English actress started her acting career appearing in several stage productions. Initially, she appeared in Three Arrows and Ruling the Roost, As You Like It, and Private Lives. Her other theatre credits include Romeo and Juliet, Doctor Faustus, Measure for Measure, The Golden Hour, Blithe Spirit, Eyam, Edward II, and Our Lady of Blundellsands.

Badland then made her big-screen debut as Griselda Fishfinger in the 1997 film Jabberwocky. So far, she has acted in movies like Little Voice, Beautiful People, Charlie and the Chocolate Factory, A Quiet Passion, The Man Who Invented Christmas, and The Winter's Tale. 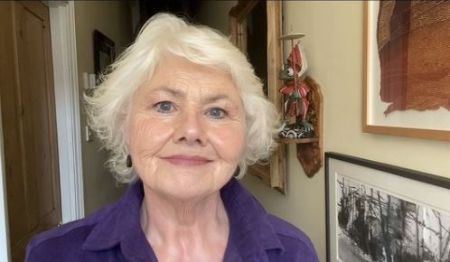 Furthermore, Annette's one of the prominent roles is Charlotte in the television show Bergerac (1981-1984). The BBC crime drama series created by Robert Banks Stewart stars John Nettles, Terence Alexander, and Sean Arnold. Similarly, her other notable television credits include A Little Princess, Happy Families, Doctors, Cutting It, The Sparticle Mystery, Wizards vs. Aliens, Outlander, Ted Lasso, and The Crown. In the coming year, she would portray Bea in the post-production film Swim.

Besides that, the Bergerac actress is also known for her roles in radio. She has appeared in radio shows such as Smelling of Roses, Rolling Home, The Pool, The Archers, 15 Minute Drama, Yerma, Poetry Please, and Torchwood.

Death Threats For Her Role In EastEnders

Badland gained deserving fame for her portrayal in the soap opera EastEnders. In 3 years on set, she appeared in a total of 218 episodes alongside Gillian Taylforth, Letitia Dean, Rudolph Walker, Lacey Turner, Emma Barton, and others.

For the role of an evil aunt, Babe Smith, she also got terrifying death threats from angry fans. It was tough to believe that how could someone 'death threats' for just a fictional character. Witnessing the fearful situation, the actress said she had a second thought to make a come back in the show.