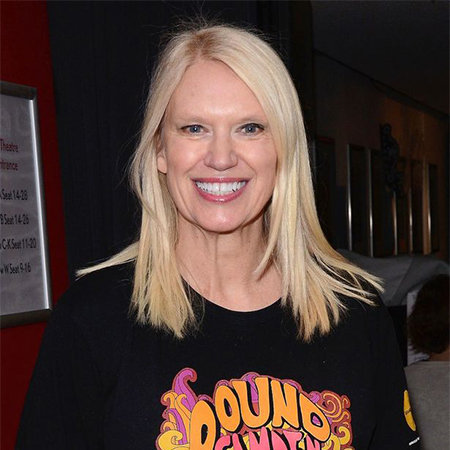 Anne Lucinda Hartley Rice aka Anneka Rice is a Television presenter is famous for hosting series Treasure Hunt. She rose to fame after she became the competitor on Hell's Kitchen and Celebrity Mastermind. Additionally, she is known for her appearance in 2019   Strictly Come Dancing.

Anneka Rice was born as Anne Rice on the 4th of October, 1958 in Cowbridge, Vale of Glamorgan, Wales, United Kingdom. She was privately educated in Surrey.  She grew up with her parents. She follows Christianity.

Anneka Rice's TV career took off as a trainee for BBC World Service at the early age of 17. After working as a trainee for two years, she moved to Hong Kong. She worked as a news presenter for the English language TV station TVB Pearl there.

She returned to the UK after three years of hard work in Hong Kong. After returning to the UK, she started to work as a secretary in the BBC Children's department. She landed her first major RV job as the jump-suited sky runner of Channel 4's Treasure Hunt. The show was nominated for BAFTA in the year 1986, in the category of Best Light Entertainment Programme. Anneka Rice received the 'Rear of the Year Award' in the same year. She left Treasure Hunt after being pregnant in 1988.

Anneka Rice returned to present the show Dinner Doctors in the year 2003, after finishing her art degree from Chelsea College of Art. She also wrote books on scuba diving and skiing. Besides this, Anneka Rice endorsed a line of anti-aging products in 2005. She appeared in a lead role in The Vagina Monologues of 2006.

In 2006, Anneka Rice returned to ITV as a co-host of a cookery show, Sunday Feast. She co-hosted a BBC1 programmer Rolf Paints Diamond Jubilee in 2012. In the same year, she filled in for Alan Carr and Melanie Sykes on BBC Radio 2. Later in February 2012, she was confirmed as a successor to Zoe Ball on Radio 2's weekend breakfast show.

What Is the Relationship Of Anneka Rice?

Initially, Anneka Rice married theater boss Nick Allot. The couple has two sons but the relationship ended after they split in 1992.

The reason behind Rice's separation from her first husband was supposed to be her affair with TV executive Tom Gutteridge. She gave birth to her third son in 1997 but she got separated from Tom too. She began a relationship with writer Simon Bell in 2005.

Anneka Rice spent five years of her life studying painting at Chelsea College of Art after she decided to quit television ad spend time with her children.

The 58-year old still stands tall and beautiful with a height of five feet and eight inches. Anneka Rice has a dazzling personality that defies her age. She is a supporter of the Conservative Party.