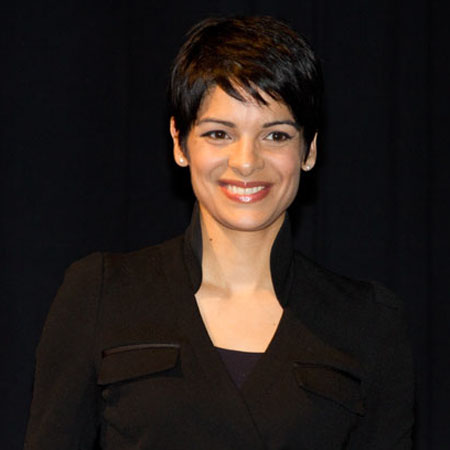 Anne-Marie Mediwake is a Sri Lankan Canadian news anchor who is known for being the co- host of the show, 6 P.M News hour at Global Toronto.

In 2009, Mediwake was hired by CBC News network. She became the co-anchor of Toronto's supper hour newscasts at CBC News after a year in 2010. She hosted the show alongside Dwight Drummond.

Anne-Marie Mediwake was born as Anne Marie Abeyesinghe Mediwake in 1975 in Kandy, Sri Lanka. She is a Canadian by nationality and ethnicity wise, she is a mixed Sri Lankan and Scottish descent.

Her father is a Sri Lankan and her mother is of Scottish origin. She migrated with her parents from Sri Lanka to Canada when she was a child.

The career of Anne- Marie on television began when she was a small child. She used to write and produce shows related to children and youth for a local television based in Alberta. She has always been passionate about chasing her dreams of becoming a journalist from a young age.

Anne- Marie started working for CBC News Network in 2009. In the following year, she started co- hosting the  CBC News Toronto's supper hour newscasts with  Dwight Drummond. Before that, she was hosting the Toronto flagship newscast at Global Television.

Apart from that, Anne- Marie hosted the investigative current affairs show 21c on CTV. She worked with the Canada AM, CTV News net and also reported for  CTV National News with Lloyd Robertson.

She quit her position as co-host of CBC Toronto News at 6 P.M on 27th April 2016. In summer of 2016, she returned to co- host the morning show, Your Morning at CTV. Anne- Marie was nominated for the GTA’s Women of the year award in 2011 and she also won the Consumer’s Choice Awards.

The couple was first shocked to know that they were having triplets and managed everything before their birth. They even moved to the bigger home and changed their car to bigger.

Anne- Marie lives a happy life with her husband and children in Oakville, Ontario.