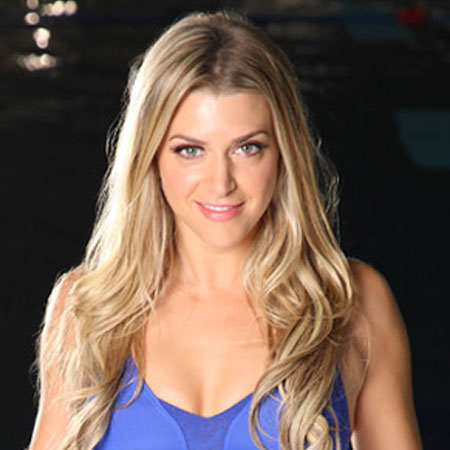 Anna Williamson is a British television presenter, best known as the co-presenter of children's programmer's Action Stations! and Toonattik on CITV.

Williamson is also known for being the entertainment reporter and showbiz presenter on the ITV Breakfast program Daybreak since 2011.

Anna Williamson was born in 1981 in England, the United Kingdom to English parents. She belongs to white ethnicity and holds a British nationality.

Anna Williamson rose to prominence after she became a singer in the girl band Blush. This band released their first project, 'Girl Force' that year and a few months later they also released their single, 'Feel my vibe'.

Then with the start of 2005, Williamson was seen on Channel 5 presenting the show, Milkshake! and some shows for the Disney Channel.

In the year 2003, Williamson presented the one-off CITV game show series, Rescue Robots, and also guest-presented on the CITV towards an end of the vacation holidays of the same year.

Later, in the autumn of 2004, Williamson presented a CITV game show, Scary Sleepover.

On 6 March 2010, it was declared that GMTV children's presenters Williamson and Jamie Rickers would be made redundant following the ITV plc taking full control of GMTV, their last broadcast aired on 9 May 2010.

Besides this, Williamson appeared in various theater shows. She is qualified as a ChildLine counselor and is one of their spokesperson along with the charity's founder Esther Rantzen.

Williamson works as a personal Trainer in Gosling Sports Park since December 2011. She currently lives in London with her family and good friends broadcaster Helen Fospero.

Anna Williamson is earning an extraordinary salary from her career. She has an estimated net worth of $2 million. Lots of followers have followed Williamson on social networking sites.