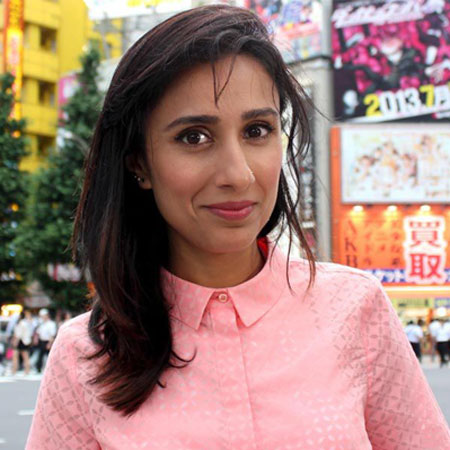 Anita Rani is an English radio and television presenter and journalist. Anita Rani is known best for her contribution in BBC. She is known best as the host of ‘Rogue Restaurants’, ‘Watchdog’ and many others. Born on 25th October 1977, in Bradford, West Yorkshire, English, Anita Rani, is of Punjabi descent. She was born as Anita Rani Nazran and her parents were Sikhs.

Anita Rani attended Bradford Girls’ Grammar School in Bradford. She became interested in journalism since her young age and following her interest, she started hosting at the age of 14 on Sunrise Radio in Bradford. She is a graduate of the University of Leeds majoring in Broadcasting.

After Anita Rani got graduated from the university, she started working as a researcher for the BBC and other organizations. Her first work on television started from a live news and entertainment program on Channel Five called The Edit in 2002.

Later on, Anita Rani presented a number of pop shows including Soring Break Live, Party in the Park and Pop City Live. She was the presenter of The State we’re In and Poetry Slam. She got nominated for Best on Screen Personality at the Royal Television Society Midland Awards in 2005.

Anita Rani was the co-host of BBC’s Countryfile since 2015. She was the co-presenter of The World’s Busiest Railway 2015, The Refuge Camp: Our Desert Home and currently is the presenter of This Morning. Anita Rani is also known for being the participant of the thirteenth series of Strictly Come Dancing. She was one of the semi-finalists in the competition.

Anita Rani has not disclosed her salary and net worth. However, it is believed to be satisfying and high just like her fame.

Moving on to the personal life of Anita Rani, She is a married woman. She has not disclosed the name of her husband but he is known to be a technology executive working for an advertising agency. She lives with her husband in east London.The couple is living happily and blissfully together.

Anita Rani is active on Twitter with the handle @itsanitarani. Her short biography is available on Wikipedia and other internet sites.