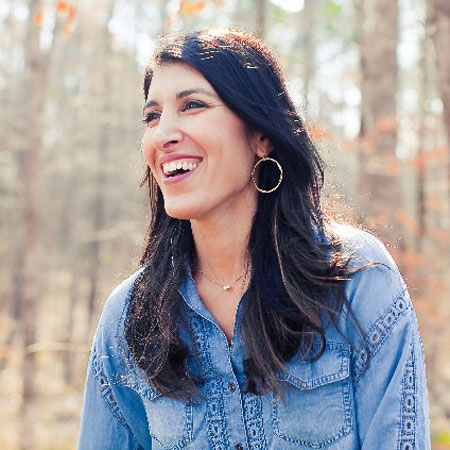 Anita Corsini is a real estate agent and home renovator. She is popularly known as the host of HGTV series Flip or Flop Atlanta, a spin-off Flip or Flop. Also, she is the co-founder of real estate firm Red Barn Homes.

Corsini is married to Ken Corsini. Along with Corsini, her husband is also the co-hosts the show Flip or Flop and is the co-founder of Red Barn Homes. Professional and real-life partner, Anita and Ken Corsini have children together.

Born on March 7, 1977, in Raleigh, NC, Anita Corsini grew up in Texas. She is the daughter of Susan, and in one of her Tweets, Corsini mentioned that her kids call her mom Susu. As per nationality, she is American and is of Hispanic ethnicity.

Anita Corsini started off as a teacher and changed it to pursue a career in real estate and home renovating in 2005.Along with her husband Ken Corsini she worked in Georgia Residential Partners, a company founded by her husband in 2005. The same year the couple together founded a real estate company, Red Barn Homes, named after a red barn which they together renovated. In 2007, she got her real estate license.

Her husband holds a master's degree in Building Construction after which he attained a general license which helped the company to venture new construction opportunities. Before Ken only had a degree in Risk Management and worked for five years in the corporate world.

Anita Corsini's eye for design and sharp real estate skills combined with her husband's business skills and construction knowledge makes them a perfect couple. TIll they started the business, the pair has sold over 600 houses.

The couple also is the host of the series Flip or Flop Atlanta, a real estate show. The show premiered on 20 July 2017. So far it has released 13 episodes.

Anita Corsini has accumulated an estimated net worth of around $12 million. Together with her husband, she founded the Red Barn Homes which sold around 600 houses in Metro Atlanta since its establishment.

Anita Corsini is happily married to her college sweetheart Ken Corsini. The couple met while attending the University of Georgia. Since then they have been inseparable. According to the sources, the couple has been married for 17 years, but the exact date is not public.

Corsini and her husband are proud parents of three children, two daughters, and a son. The family of five currently live in a 14-acre ranch in Woodstock, Georgia.