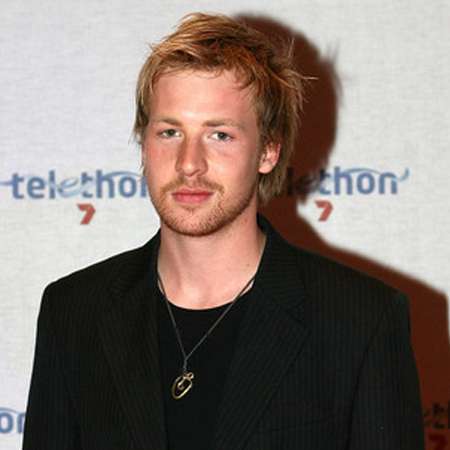 Angus McLaren was born in Wonthaggi, Victoria, Australia. Angus is 27 years of age and he was born on November 3, 1988. Angus was born from Scottish parents and was raised on a dairy farm in Krowera, which is just twenty minutes away from his birth place Wonthaggi. McLaren’s nationality is an American. And McLaren’s ethnicity is white as his both parents were native Scottish. Information regarding his siblings has not been known yet.

Angus made his acting appearance at the age of 12 from the ABC series Something in the Air in the role of Jason Cassidy and was featured in 2000 to 2002 in the number of episodes. In 2002, he made his acting presence in an Australian children's television series Worst Best Friends where he appeared as Eddie. Same year Angus also got a chance to be featured in an Australian television soap opera Neighbours.

In the year 2003, McLaren appeared in two television series The Saddle Club and CrashBurn. McLaren played the role of Bos in an Australian children's comedy series Fergus McPhail, later same year, he also made his acting presence in a science fiction children's television series Silversun. McLaren became the part of an Australian police drama series Blue Heelers, where he appeared in the number of episodes in the series in the character of Max Harrison and Brendan Delaney.

McLaren is also widely famous for his role as Lewis McCartney H2O: Just Add Water which was an Australian dramatic fantasy television programme for children and teenagers. He started appearing the series in 2006 and was featured in numbers of episode till 2010. McLaren’s other major television appearances include in an Australian family-oriented drama comedy tv showPacked to the Rafters.

He is a good looking guy and has stunning personality. McLaren’s current relational status is assumed to be single and his sexual orientation is straight.

Angus McLaren had an affair with an Australian actress and singer-songwriter Indiana Evans, where he worked together in an Australian dramatic fantasy television programme H2O: Just Add Water. They started dating in January 2009 and remained in relationship for about three years till 2012. Though there are rumors relating McLaren’s there is no any confirmation made by his accepting his affair.

Besides acting he has huge interest in music, he is also known as the drummer of the musical band Rapids. Angus also played bass guitar in the band Bogey Lowensteins. Angus currently lives in Australia.

Angus McLaren has a net worth of around three million dollars, which also proves his acting abilities and his influence in television show and movies. In wiki, there has been provided details information about his career and bio. Angus has maintained his body with perfect weight and muscular abs. Angus is active in Instagram and has been also followed by thousands of fans in Twitter.