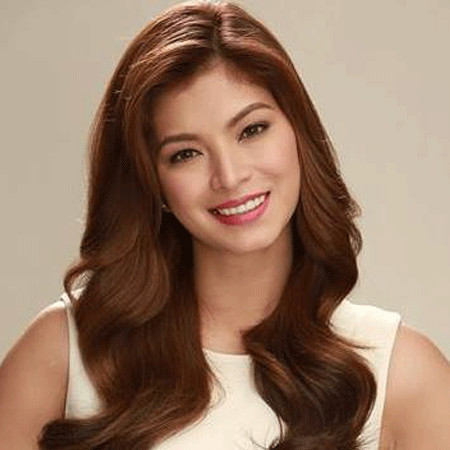 Angel Locsin is one of the leading figures in the world of acting. She gained ripe after her role in the 2004 TV series Mulawin. Her amazing performance in another hit TV series Lobo earned her International Emmy Award nomination for best performance.

Angel Locsin is a Filipino actress of movies and TV. Angel was born on the 23rd of April, 1985 in Bulacan, Philippines and is of Filipino nationality. As a child, she was raised by her father Angelo Colmenares and says that she has got no idea about her mother. Although, her mother belonged to a Royal Muslim Family originated from Marawi City; Angel is a Christian by religion.

Angel Locsin, despite being raised in Santa Maria, was sent away to study at the University of Santo Tomas High School in Manila. After her graduation, she got enrolled at St James College in Quezon City. She had expressed her interest in modeling and design and in order to perceive that; she went to London and took a course at the Central Saint Martins College of Art and Design.

Soon after her studies, Angel Locsin got back and started to work in a designer's boutique but also partly auditioned at different places. Soon enough, she got a contract from the ABS-CBN network but didn't sign it because her father was against the idea.

Angel Locsin has an estimated net worth of around $3 million, as of 2019. The actress has collected such a good amount of money from her work in countless movies and TV series.

The actress is not married yet. But, Locsin got engaged to her loving boyfriend Neil Arce on 29th Jun 2019. The couple started dating back in Feb 2018.

Prior to Arce, Angel Locsin had a long list of boyfriends in the past. To begin with, her first recorded affair was with actor Miko Sotto back in 2003; and it must be said that despite her being linked to several co-actors, this was her first serious relationship. A year later, she moved on and was seen close with another co-actor Cogie Domingo; although that didn't last long as well.

Angel Locsin dated Dennis Trillo in 2005 and was soon seen close with Oyo Boy Sotto, which ended her relation with Dennis. She and Sotto had a really strong bond and were together for almost 4 years before breaking up. As of 2011, she commenced a relationship with Phil Younghusband and was with him until 2013. Her last affair was with Luis Manzano that began in 2014 but ended in early 2016. So far, Angel has not been married nor has got any children.

With her stunning good looks and charms, Angel has had very much success in the Filipino fashion industry. But not all of it came from her attractiveness but also because she is a very talented woman. Regarding her body measurements, her fans often seem to prefer her hot pictures in bikinis that can be found in abundance.

Angel Locsin has got a very well maintained body and seems to be in great shape; a result of her health consciousness and exercising habits.

Her last recorded body weight was around 58 kg.