Andy Thompson is a Canadian actor and filmmaker who is very famous for his work in the movie and series such as Trial & Error, A Million Little Things, and The BFG. Apart from his career in the entertainment industry, he also works as a teacher.

Andy Thompson was born in the year 1970 however, his birth month and days are unknown. He was born in Chilliwack, British Columbia, Canada. He is of Canadian nationality and belongs to white ethnicity.

While talking about his education, he completed his diploma in acting from Studio 58 in Vancouver, British Columbia, Canada, in the year 1993. Prior to this, he graduated in physics and math from high school to study engineering. However, later on, he changed his mind and chose to study arts in college.

Several Career In Entertainment Industry Since the 90s

Andy Thompson started his career as a theater actor. Later on, he made his on-screen appearance in the year 1993 in the movie named The Atheist and the Jew as Jew. After two years, he was cast in the movie named Morning Glory as Sam. 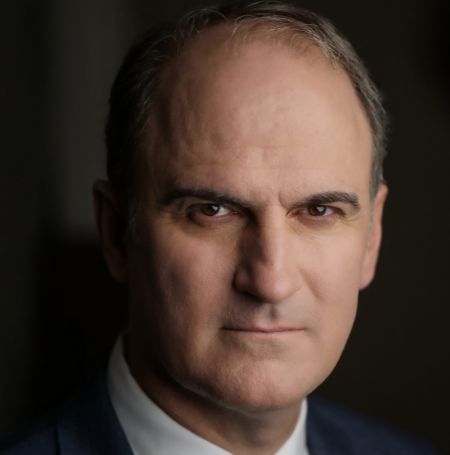 Following this, he has worked in several movies and series with more than 75 acting credits in his name and still adding on it. Some of his notable works include The X Files, Misinterpretations, The New Addams Family, Cinderella: Single Again, Night Visions, The Wedding Dress, Beyond Belief: Fact or Fiction, The Chronicles of Riddick, The Long Weekend, The BFG, Riverdale, The Magicians, Upload.

He is all set to appear in the upcoming movies Broken Diamonds and Antlers.

Apart from acting, he has also been involved as a writer, director, and producer, and here's the list of his work.

Additionally, he is also the founder of the multi-media theatre company, The Virtual Stage.

What is His Relationship status?

The 50 years old Andy Thompson is one of those who doesn't prefer to talk much about his personal life matter in the media. Whether he is married or not is a big question to all of his fans and followers.

Also, he doesn't hint at his marital status on the social media platform as well. So without confirmation, it is wrong to reveal a single word on it.