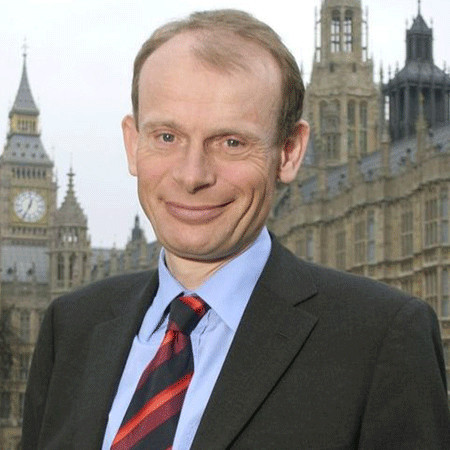 Andrew Marr was born in Glasgow, Scotland, United Kingdom. Valerie Marr is the mother of Andrew and Donald Marr is the father, who is an investment trust manager. Marr spent his childhood in his birthplace, Glasgow, with his family.

Andrew Marr was educated at Craigflower Preparatory School in Scotland. He attended the High School of Dundee and was also a member of Pinkie House when he was studying in an independent school in Musselburgh, East Lothian. Marr graduated with a first cla s s honors degree in English at Trinity Hall, Cambridge.

Andrew Marr began his career as a political commentator. Andrew took over as host of BBC Radio 4 long-running Start the Week Monday morning discussion program, in 2002. He started hosting a political program Sunday AM.

In 1981, Andrew Marr moved to The Scotsman as a trainee and junior business reporter. Again, he moved to London in 1984, where he worked as a parliamentary correspondent for the newspaper and then a political correspondent in 1986.

Political editor and BBC programs since 2009

In September 2009, before the Labour Party conference in Brighton, Andrew Marr interviewed Prime Minister Gordon Brown. According to takings of the interview, Marr told Brown he wanted to ask about, “Something everybody has been talking about in the Westminster village….A lot of people in this country use prescription painkillers and pills to help them get through. Are you one of them?'

The Prime Minister responded, “No. I think this is the sort of questioning which is all too often entering the lexicon of British politics.”

Andrew Marr has been married to Jackie Ashley since August 1987, in Surrey. She is the daughter of the Labour life peer, Lord Ashely. The couple has three children, among them, one is a son named Harry Marr, and two are daughters namely Isabel Marr and Emily Marr.