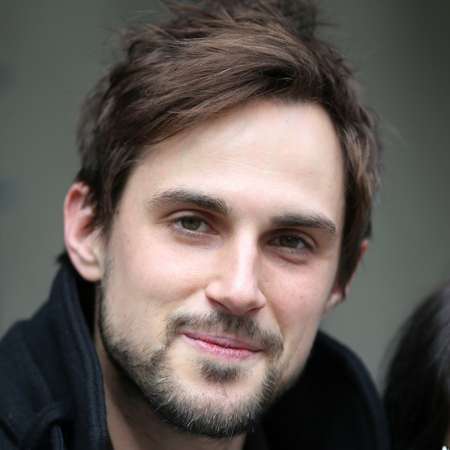 Andrew J. West is a character actor of American nationality who has been known to appear on the ABC comedy Greek as well as the AMC horror The Walking Dead. He was born on November 22, 1983 on Merrillville, Indiana, United States.

Andrew’s acting credits in the film fraternity includes acting as Joe Pinski in the short film The Last Night which was his debut role on 2006. He appeared on other short films like On Being-in-and-of the Classroom, Onionhead, Cinco de Mayo, Coup de Grace, Nothing for Something and The distance Between. He has also appeared on other films like Dialogues as Dustin Hoffman, Nightmare Code as Brett Desmond, Bipolar as Harry Poole/ Edward Grey, Walter as Walter and is set to appear as Hitch on Middle Man.

West’s television credits include acting as Max on Privileged between 2008 and 209 and as Craiger on Rita Rocks. He had a recurring role on the drama Greek between 2009 and 2010 as fisher and appeared also on Bones as Josh Parsons. He has also appeared as Jake Olmsetad on g/host /whisperer, Christian on Nip/Tuck, Johnny Cook on CSI: NY, Reid Wagner on Dark Blue, Pitchman Larry on CSI: Crime Scene Investigation, Dr. Ted Barron on $h*! My Dad Says, Mitch on Who Gets the parents, Adam Foote on Family Practice, Shane on Body of Proof, Keith on Castle, Mark on Suburgatory and as Gareth on Talking Dead. His role of Gareth on The Walking Dead was that of a guest star on the fourth season but was promoted as a series regular for the fifth season. His role earned him a Saturn Award for Best Guest Starring Role in Television. Other recent roles include acting as Cooper on Hot in Cleveland, as himself on Last Call with Carson Daly, as a waiter in Justified and as Pete on Under the Dome.

As far as his personal life is concerned, West is a married man. He met actress and model Amber Stevens on the sets of Greek whereby they were co-stars. They began dating on February 2009. After a four year affair, the couple announced their engagement on 19th August, 2013. West got married to his longtime girlfriend almost a year later on 5th December, 2014 in Los Angeles. The couple has no children yet and seems to be doing pretty well in their personal lives. They do not have any problems that might lead to marital issues or divorce.

This character actor, who has had roles in several television and films, must have a net worth in the range of millions, but the exact amount is not known yet. His salary too is not public knowledge. He is a handsome man with a height of 5 feet and 11 inches and appeals to his fans around the world.