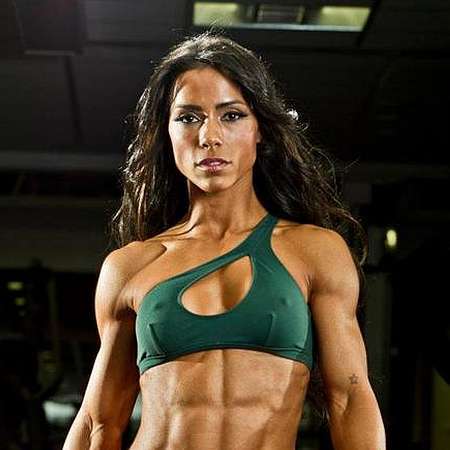 Andreia Brazier is a popular fitness model and four-time WBFF Fitness World Champion. In starting days of her career, she did various modeling jobs in her birth country Brazil. She is well known for her six packs and toned legs.

Brazier was born on January 31, 1982, in Porto Alegre, Brazil. Regarding nationality, she is Brazilian and also holds the citizenship of England. Her ethnicity is Mulatto and her zodiac sign is Aquarius.

She is an example of a true hard working lady. She started spending her time in the gym from the early age of 14. Later she started taking on modeling jobs in 2001. As a model, she made her appearance in several commercials, TV shows, and catalogs. In April 2005, she moved to the United Kingdom, London to be an international fitness model.

In 2007, she landed her steps in the fitness industry. She worked with Tom on building TBConditioning, which is a personal training company that offers its clients real, measurable, and visible results.

The year 2012 was an outstanding year for her, as she participated in the most spectacular competition in fitness and fashion industry, which is called WBFF (World Beauty Fitness & Fashion Inc) in Pro Diva Fitness Model category. Brazier focus and hard work helped her to win the title. Moreover, she was also entitled by WBFF in 2013, 2014 and in 2015.

Currently, Brazier is working in 24 Fitness center situated at Al Quoz, Dubai. In 2016, she went on a tour in India and talks about the importance of fitness.

Brazier is a happily married woman. She married her longtime boyfriend Tom Brazier after having an affair for a few years. The couple got married on 3rd February 2012. The couple is married for five long years now and their relationship is going as smooth as the silk.

The amazing couple looks beautiful together. She also posts several photos along with her husband on Instagram. They do not have any children now.

Undoubtedly, she has made a huge amount of money from her professional achievements. Her ads, features, and endorsements also pay her well. Her annual income is estimated to be anywhere around  $30000 to $40000.

Andreia is a true champion and has countless admirers on social networking sites. Her followers are largely growing on Instagram.