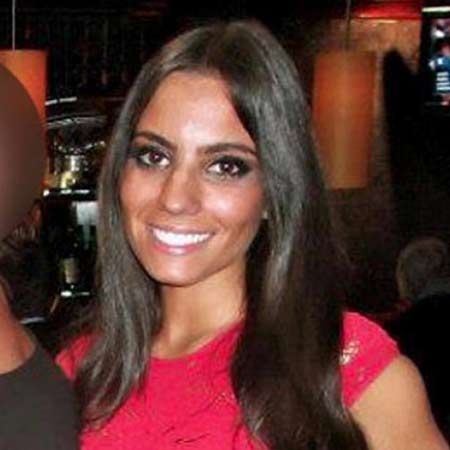 Andrea Rebello was a 21-year-old girl who was accidentally killed by Police during a hostage crisis on 17 May 2013. She was a student of the Hofstra University and used to live in hostage near the University area. Andrea and her twin sister Jessica Rebello were studying sociology at the University of Hofstra. Andrea, Jessica, and her two friends were hostages in their rented home near the university. Later, her twin sister, Jessica Rebello, filed a case against the Policeman settling a case with $4.5 million.

Student of Hofstra University Andrea Rebello shot and killed on May 17, 2013, on Friday by a masked gunman. She had an identical twin sister Jessica Rebello.

Andrea was shot by 30-year-old convicted felon Dalton Smith who burst into Andrea’s home when she and her friends were hanging out. He pointed a gun at them and asked for money.

Then, he sent Andrea’s to go to a nearby bank and withdraw cash and said that he would kill others if she didn’t return home within eight minutes. Rebello, then, alerted police while she was at the bank.

According to the Na s sau officer, when officer Budimlic entered the house, Smith was pointing a gun at her headlock. During the encounter between the police and gunman, accidentally a bullet hit Rebello in the head and killed Smith too. She was shot dead in front of her twin sister Jessica Rebello.

After the death of her twin sister Andrea Rebello, Jessica Rebello filed a case against Na s sau Police officer for not being able to save her sister. The lawsuit settled after four years in November 2017.

But, victim’s sister, Jessica Rebello said it was Police officer's fault he carelessly discharged his pistol.

Jessica Rebello graduated with BA in public relations in May 2014 nearly a year after her twin sister Andrea Rebello was accidentally killed by police during a hostage crisis. Rebello went to the stage Hofstra University on May 21 to accept her diploma wearing a cap honoring the slain woman.

CAPTION: Jessica Rebello's during her graduation in 2014 SOURCE: Daily Mail

Few hours before her graduation, Rebello shared a picture of her homemade tribute on her Instagram showed the graduation cap decorated with the initial of her twine, Andrea Rebello. Jessica also captioned that:

On her way to receive her diploma, she was greeted by the Hofstra University’s president Stuart Rabinowitz, who shared a few words with her. It was a tragic moment for her because if Andrea’s was not killed last year, she would share the same graduation ceremony.