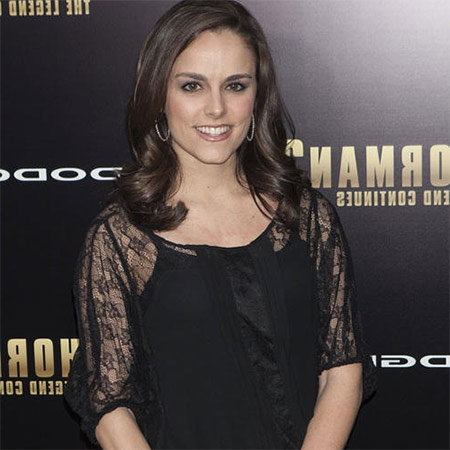 Andrea Grymes is an American reporter and news anchor currently working for WCBS-TV based in New York since July 2013. She has also served as the production a s sistant at ABC’s The View and Fox News Channel. Grymes also has the experience of working with WNYW-TV previously where she worked since March 2013.

Born as Andrea Helen Grymes in 1984 in Queens, the United States of America, Andrea Grymes spent most of his young age in Texas. She belongs to American nationality and as far her ethnicity is concerned, Grymes is mixed.

Grymes was highly interested in television news since the age of 16 as she used to convey the morning report for the High School’s television station. She made up her mind to pursue her career in journalism after she covered the terrorist attacks in New York City and Washington D.C. live on September 11, 2011.

Andrea Grymes started her career as a reporter in 2006 working for News 12 Networks. She worked for about 7 years at the station and was also the part of News 12 The Bronx, News 12 Brooklyn, and News 12 Long Island during the tenure.

Some of the best stories covered by Grymes include Bernie Madoff’s sentencing, Pope Benedict’s trip to New York, the Miracle on the Hudson, and Superstorm Sandy. Her show was nominated for the Best Morning Newscast Emmy which she presented during Hurricane Irene.

Prior to this, she has also worked as the production a s sistant at Fox News Channel. Grymes has reported several stories including Boston Marathon for WNYW-TV in New York where she started working since March 2013.

Currently, Andrea Grymes works as a general a s signment reporter for CBS 2 News since July 2013.

Andrea Grymes is believed to be married as mentioned by the various sources. However, she is yet to make an announcement about husband, and children. She seems to be more concerned about her personal life. The media personality often shares beautiful snaps on her Instagram along with her husband. But she ha never talked about her wedding, husband.

Sources also reported that the couple is also blessed with one child.

She has even mentioned about her husband in her several tweets.

"My husband told me I had to come buy my own because he wasn't gonna share." haha #LongIsland #Powerball ticket buyers at 12p! @CBSNewYork

On the leave from her work, Grymes utilizes her spare time reading books, playing the piano, and spending time with friends and family. She is also known to have a close relation with Laura, John, Stephanie, and Irene. Andrea Grymes currently resides in New York.

Salary, Net Worth, And Other Facts

Known to have worked in the field of journalism for a decade  Andrea Grymes is believed to earn a good amount as the salary. Her salary can be speculated to be around $200 thousand per year. Her net worth can be around a million.

Known for her widespread work in the field of journalism, Andrea Grymes is moderately tall with the height of about 5 feet and 4 inches.