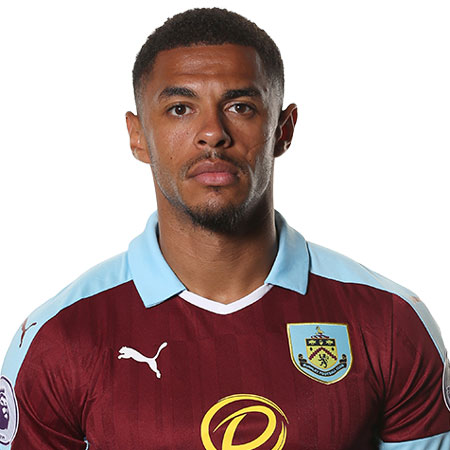 Andre Gray, 26 is an English professional footballer (soccer player) currently playing for the Premier League club, Watford. He started playing for Watford since 2017 as a striker, he has signed a five-year contract with the club. He was a member of England C's National team from 2012 to 2014.

Andre Gray was born Andre Anthony Gray on June 26, 1991, in Wolverhampton, England. Gray is British in nationality and belongs to the White/Caucasian race/ethnicity. His birth sign is Cancer.

Gray began playing football since his early days. He began his professional career in 2004 in an academy at hometown club Wolverhampton Wanderers. In 2009, he made his debut in Shrewsbury Town and signed a year contract where he was awarded the number 20 shirt.

The same year he joined AFC Telford United on a one-month loan after releasing his contract with Shrewsbury, but due to his poor performance in the team, he had to return to Shrewsbury Town on 5 February 2010.

Gray was signed to Hinckley United for an emergency one month loan, and later he played part-time for the team. He made 85 appearances and scored 37 goals in his two spells with the club before his departure in summer 2012. He also signed with Conference Premier club Luton Town on loan in March 2012.

In 2012, he was selected in the National team, England C's and played several games at international level until his departure in 2014. He succeeded to win six caps and scored two goals.

In 2014, Gray signed a three-year contract with Brentford, but the signing fee hasn't been disclosed. In 2015-16, he made two goals in his two appearances on the game which drove  Brentford to offer him a new and improved contract, but he left the club.

Gray joined Burnley  F.C in August 2015 with a three-year deal and an undisclosed fee. He made his Premier League debut in 2016–17 season and defeated Swansea City with 1-0. After a week, he made his first Premier League goal in a 2–0 home and helped his club secure a win over Liverpool. He finished his 2016–17 season in 16th position on his 36 appearances and ten goals.

Currently, he is playing for the Premier League club, Watford. He signed a five-year contract with the team in August 2017 after rejecting a new deal with Burnley.

Andre Gray is in a romantic relationship with his longtime girlfriend, Leigh-Anne Pinnock who is a member of the British band, Little Mix. The duo started dating at the end of 2016 after they were spotted in many public places.

Gray's girlfriend Pinnock often posts snaps of her boyfriend on her Instagram. She is very supportive of Gray. She once shared a picture where she was seen wearing Gary's former club Burnley's t-shirt.

Gray was very close with his grandfather, who suffered a heart attack and died. His grandad acted as his mentor and father figure to his younger half-brother, Cody and him. Once in an interview regarding his grandad, he said:

I know what my grandad wants me to do and that looks after my family. It's driving me to work harder.

Andre Gray is a huge fan of Arsenal football club.

He has a four-inch scar on his left cheek because of a gang-related incident in 2011 where he was stabbed in the face in Wolverhampton. He often gives credit to his mother, close friends and Luton Town for turning his life into something good.

In 2016, he faced many criticisms and even was charged with misconduct by the FA after his h 0phobic tweets went viral which he posted in 2012. However, later he apologized for his misbehavior. Gray also fell into controversy for his 2014 racial tweet.

Andre Gray is one of the successful English football players. In 2017, he was signed by Watford for an astonishing sum of £18.5m which is approx US$25 million.

The news of this deal came the same day his girlfriend, Pinnock was banned from sitting in directors' box because of her popularity. Leigh-Anne Pinnock is a part of the popular girl group 'Little Mix.'

In 2012, Gray signed a two-year professional contract with Luton Town for  £30,000 ($40000 approx). When he signed a deal with Burnley in 2015, he did not reveal the real figure, but it was a s sumed to be £6 million($8 million approx). Gray's former club Luton Town revealed their financial windfall after Gary transferred to Burnley.

We are guaranteed to receive a shade over £1.1 million from the fee which will be spread over three seasons; an initial figure is approaching £300,000 followed by two of just over £400,000 each.

Andre Gray's exact net worth isn't made public, however, given his prolific career, it is a s sumed to be in seven figures. His girlfriend, Leigh-Anne Pinnock, has an estimated net worth of £1.2 million.