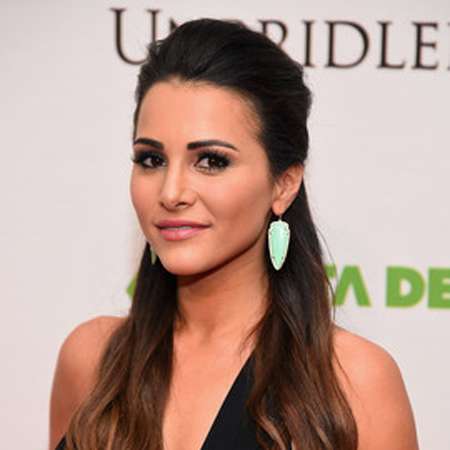 She became famous for walking out on bachelor Juan Pablo Galavis in the ninth episode of The Bachelor. She also became the first former attorney to appear as "The Bachelorette".

She was born as Andi Jeanette Dorfman. She was born on April 3, 1987, in Atlanta, Georgia, United States of America. She is the daughter of father Hy Lewis Dorfman and mother Patti Smith Dorfman. She belongs to Jewish ancestry. Her star sign is Aries. Her nationality is American. Andi holds citizenship of United States.

Dorfman spent her early childhood living in her native birthplace Atlanta, Georgia. She follows Judaism as her religion. Dorfman was born as the youngest child of her parents, she has two elder sisters. One of her older sisters is Rachel Dorfman.

Andi Dorfman attended Louisiana State University for communication studies from which she graduated in 2009. Later she joined at Wake Forest University School of Law. In 2012 she graduated with a Juris Doctor.

She became a district attorney after graduating and worked as an a s sistant at Fulton County District Attorney’s Office. She was introduced in the eighteenth season of American reality television dating game show The Bachelor. She appeared in eight episodes and pulled herself out of the competition.

On May 19, 2014, she started as the lead role in the tenth season of The Bachelorette.  To be on the show she took leave from her job at district attorney. Later she resigned her job as she needed addition leave.

Andi Dorfman's net worth is $300 thousand at present. Andi has gradually increased her presence in social media. Fans are following her on Facebook, Twitter.

Andi's body builds up is slim. She has a perfect killer body which measures breast 36, waist 25, and hip 35. Her height is 5 feet 5 inches. Her hair color is dark brown. Her eye color is light brown. She measures 54 kilograms. Her dress size is 6. And her shoe size is 8.

From 2009 to 2013 she had an affair with American Football player John Busing. In Juan Pablo’s show The Bachelor, she was linked with Juan Pablo Galavis on screen and off screen too. Andi Dorfman meets Josh Murray during the reality show. They had a fantastic chemistry between them.

On May 9, 2014, she engaged to Josh Murray after a 10-week long show dumping Nick Viall. In 2015 she broke up with Josh Murray. She moved to New York City just after ending her engagement. This reality star is very open about her personal relationship after she has also planned to publish a book relating the matter of her relationship with Josh Murray.

Currently, the reality star is been linked with American superstar country singer Sam Hunt. It has been rumored that Bachelorette’ & Country Star Hook Up at the 2015 Country Music Awards Festival. Andi is never married or divorced. She has also mentioned that she was very straight toward her study and she has no boyfriend during her student life.