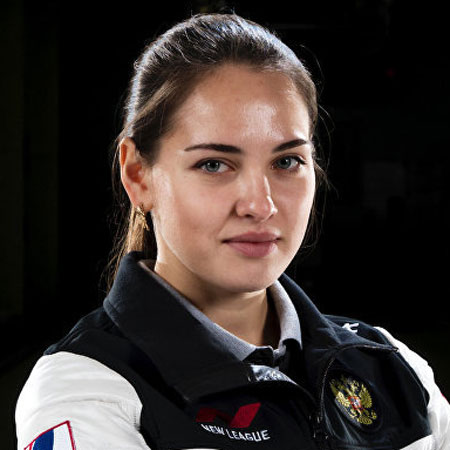 Anastasia Bryzgalova is a Russian curler predominantly playing as a vice. She won gold at the 2016 World Mixed Doubles Curling Championships. Professionally, she played for CC Adamant (St. Peter).

Anastasia Bryzgalova was born Anastasia Konstantinovna Bryzgalova on December 13, 1992, in St. Petersburg, Russia. She is Russian and belongs to Caucasian ethnicity/race.

Anastasia Bryzgalova's interest in curling developed ever since she saw an advertisement for a curling club at an ice sports complex. In 2016, she won the gold medal at the World Mixed Doubles along with her partner, Alexander Krushelnitskiy beating the Chinese pair Ba Dexin and Wang Rui by 7-5. The competition was held in Karlstad, Sweden.

The same year, she marked another victory at the World Mixed Championship in Kazan, Russia. In 2017, Bryzgalova and Krushelnitskiy lost the World Mixed Doubles Curling Championship. However, the duo managed to secure a bronze medal in Winter Olympics 2018 at PyeongChang, South Korea but was disqualified after Krushelnitskiy tested positive for meldonium. They were one of the 168 Russian athletes who participated in the Winter Olympics under the banner of 'Olympic Athletes from Russia'. 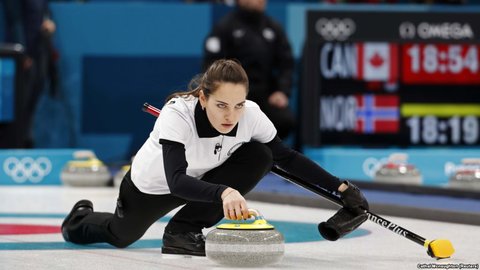 Anastasia Bryzgalova married her longtime boyfriend, Alexander Krushelnitskiy in June 2017. They exchanged vows at Russia’s well-known Matrimony Palace in St. Petersburg. Soon after the wedding, the duo went to Spain for their honeymoon, they also posed for photos at the English Quay. 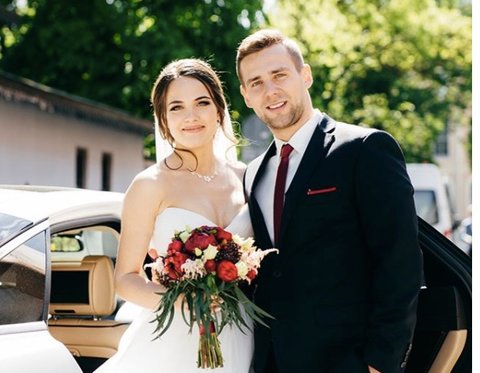 The couple first met at the Lesgaft National State University of Physical Education, Sport, and Health where both of them were in the same batch. They have no children.

Due to her immense popularity on social media, she was compared with Hollywood actresses like Angelina Jolie and Megan Fox. Bryzgalova often shares pictures of her husband pictures on Instagram where their cute PDA can be seen.

Once the couple was asked to part ways by their former coach because of their real-life romance as they failed to perform well at Winter Games semifinals.

Anastasia Bryzgalova is one of the popular Russian Curler. She earned a handsome sum from her career, accumulating a net worth in six digit figure but no official confirmation has come about it.

As the winners of the World Mixed Doubles, she along with her partner won a cash prize of $20,000 and gold medals. She also has won many national mixed curling championships adding more to her income.

Olympic athletes also make money from their sponsors and endorsement deals. The value of gold medal is around $564 and silver medals are worth $305.

Check out the five facts of Anastasia Bryzgalova.