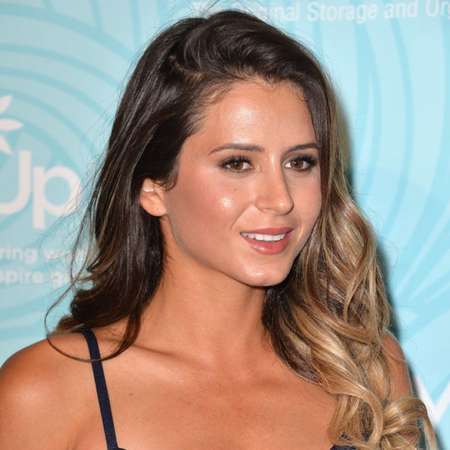 Anastasia Ashley, an American model and professional surfer, was born on February 10, 1987, in San Clemente, California. Anastasia was raised between the beautiful beaches of the Southern California and the North shore of Oahu. She was naturally drawn towards the ocean. By the time she was 2 she began swimming, body boarding by age four and surfing by the age 6. Naturally, gifted Anastasia started competing at the very young age of seven.

There is no information available related to Anastasia Ashley’s parents, family, and education life. She is a very talented and natural suffer and today she is a growing name in the field of surfing. Ashley had her first win when was at the age of six and she won the surf contest using a run-down board that she found in a trash can.

Gorgeous Anastasia Ashley was also entitled to the Triple Crown Rookie of the Year award in 2003 and in the same year she won her first major national title as well. Later on, she also won titles including the Professional Surfing Tour of America championship and two National Scholastic Surfing Association championships. Anastasia’s talent as a suffer and a spokesperson has helped her to enter into the mainstream media and being featured in on television programs such as FX, ESPN, MTV and so on.

Anastasia Ashley has been involved in various modeling contracts and has been featured in the Sports Illustrated Swimsuit Edition 2014, in Maxim Magazine. Likewise, she also appeared in 25 Most Memorable Swimsuit Moments, Sports Illustrated Funniest People in Spots: Bodypainting, Hooters 2012 International Swimsuit Pageant and also in an episode of Stewart’s and Hamilton’s and Hell’s Kitchen. In the year 22014, she also started her own Gypsy jet set jewelry line in collaboration with a jewelry company named OK1984.

Anastasia Ashley was in a relationship with Adam Taki, however, their relationship could not last long. Later on, she was linked up with Rod Stewart’s son Sean Steward from Stewarts and Hamiltons reality show. Sean is also a model who usually modeled for shorts for men. Sean met Ashley when some of Sean’s friends set them up with Ashley for a date. Sean was highly impressed by her beauty and personality but their relationship status is a mystery. As Ashley mostly preferred to remain silent about her personal matter she hasn’t disclosed her current relationship status to the world. Currently, Anastasia resides in Malibu, California.

Lovely Anastasia Ashley has an estimated net worth of $3 million dollars and enjoys a good salary from her surfing and modeling contracts. She is a girl with ravishing and charismatic personality and also has a bold and beautiful figure. She has an amazing height of 5 feet 8 inches and body weight of approx. 50 kg. She is a focused and determined person who believes in staying positive, working hard, and trying to do your best in every field you work.