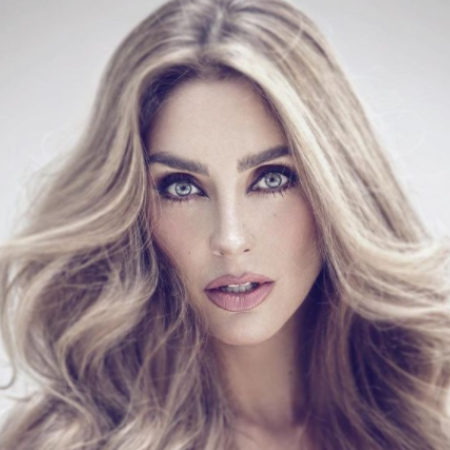 Anahi Giovanna Puente Portilla, well recognized as Anahi, is a prominent Mexican actress and singer from Mexico City. She is most known for her performances in TV shows including Alondra, Mujeres engañadas, Primer amor, a mil por hora, Clase 406, and more. Besides acting, she is a former member of the popular group 'RBD,' which sold over 15 million albums worldwide, and won seven Billboard Latin Music Awards.

Anahi was born Anahi Giovanna Puente Portilla on May 14, 1983, in Mexico City, Mexico. She is the daughter of Spanish father Enrique Puente and Mexican mother Tysha Portilla.

She has an older sister, Marichelo Puente, who is a television personality. Similarly, she has an older half-sister, Diana Puente, from his father's previous marriage.

She stands at the height of 5 feet 3 inches (1.6 meters). As of now, she is 38 years old. Her nickname is Baby_Blue Anny. She holds Mexican nationality.

What Is Her Net Worth? What Are Her TV Shows? Music Album?

The 38-year-old actress sum singer possesses a net worth of $10 million as of June 2021. The main portion of her income comes from her career in acting and singing.

As per influencer marketing hub, she receives about $16,280 - $27,133 per paid post from her Instagram @anahi, which currently has 8.1 million followers.

Meanwhile, the Mexican-born multi-talent artist makes $278 to $4.4 thousand and $3.3 thousand to $53.4 thousand followers from her Youtube channel titled AnahiVEVO.

At two, she started her acting career when she appeared on a TV sketch and musical show, Chiquilladas. She is well known for her performances TV shows including Alondra, Mujeres engañadas, Primer amor, a mil por hora, Clase 406, and more.

Some of her films credits include Una Pura y Dos Con Sal, Asesinato A Sangre Fría, Nacidos Para Morir, and No me defiendas compadre.

Apart from her acting, she is a former member of the popular group 'RBD,' which sold over 15 million albums worldwide, and won seven Billboard Latin Music Awards.

Her released fifth solo studio album titled 'Mi Delirio' was a massive success, which sold 500.000 copies worldwide. As a solo artist, she has sold over five million albums worldwide in her music career.

Alondra actress is married to a politician and a member of PVEM, Manuel Velasco Coello. The two walked down the aisle on April 25, 2015. 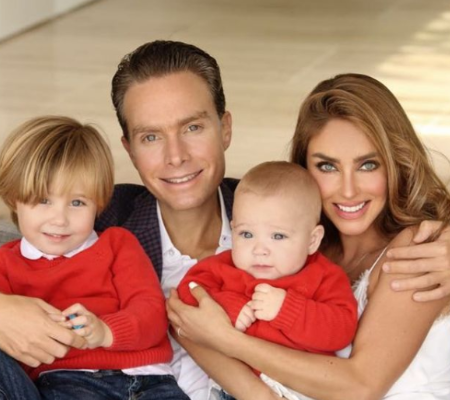 Anahi with his husband and Two sons SOURCE: Instagram @anahi