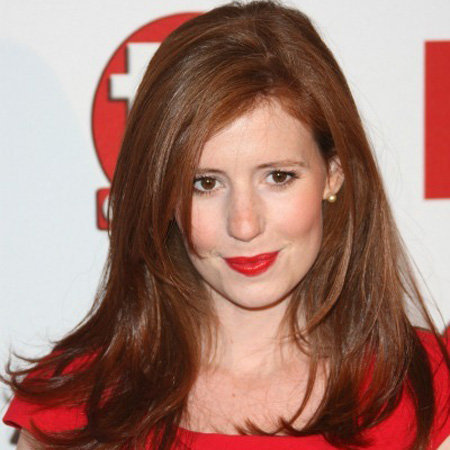 English actress and singer Amy Abigail Nuttal is best known for portraying Chloe Atkinson in the ITV soap opera "Emmerdale" from 2000-2005. She has appeared in other TV series such as "Moving On", "Hotel Babylon", "Downton Abbey", "By Any Means" and "The Musketeers."

Amy Nuttall is an actress/ singer born on 7th June 1982 and is 36 years as of 2018. She was born in Bolton, Greater Manchester, England as the only child to working-class parents.

Regarding her education, she studied at the Bury Grammar School in Bolton where she was also interested in participating in dramas and dance competition. She was passionate about performing on the stage from a very young age, Amy was trained at the Tring Park School for the Performing Arts; where she learned contemporary dancing as well. She was a brilliant scholar but an even better performer who has a gift for singing as well.

She had been involved in many plays and acts from her school’s side and she says that “helped me gain a lot of confidence and knowledge as a child, which has helped me till date.” Born and raised in England, she is a British by nationality and belongs to Caucasian ethnicity.

Although she was raised in the norms and values of a Christian, she doesn’t; have any religious influence and doesn’t follow anyone in particular.

Amy joined operas and theatres besides school and was one of the youngest actresses in the history of opera to appear in a leading role. At the age of 17, she portrayed Christine in the drama The Phantom of the Opera. Besides acting, she has also been famous for singing in some famous venues like the Royal Festival Hall, Royal Albert Hall, and Old Trafford too.

She landed her first TV role at the age of 19 when she played as celebrity Sarah Brightman in the show Stars in Their Eyes. She also played in Emmerdale and was cast in New York, that was shot in Trafalgar Studios.

In 2005, she released her first ever solo album titled “Best Days”, and also had videos besides just tracks. With her songs being a frequent request on the Classic FM TV, she made it to the fourth number of UK classical chart and her album was nominated for the Classical BRIT Awards, in 2006.

After participating in some reality shows including Celebrity Shark Bait and BBC1’s Celebrate Oliver, she also toured around U.K in 2005 as Eliza Doolittle, her role in the film My Fair Lady. The tour that had started from Palace Theatre, Manchester in 2005 terminated in Cardiff’s Wales Millennium Centre in the August of 2006.

She also performed live on BBC’s Friday Night is Music Night and starred in Comedy Theatre in 2007. Some of her other famous works have come in Cabaret, Boeing-Boeing, Hotel Babylon, The Hired Man, Downton Abbey, Noises Off etc. She has won or been nominated for many awards for her hard work and commitment that has proved her to be one of the best talents of her time.

Amy Nuttall's Net Worth And Salary

Amy Nuttall's net worth is expected to be close to millions. She earns a decent amount of salary from her career.

With a beautiful face and a hot body, Amy has been followed by millions of fans around the world. She is a lady with her characters and a very sexy woman who has got all the attributes to lure people towards her. As a result, she has had a couple of affairs in her life that are known to us.

While working in Emmerdale in 2006, she was in a relationship with her co-star Ben Freeman, which lasted for four years. With no children together, they separated in 2010. Since 2011, she had been dating actor Andrew Buchan. The couple got married on 8 September 2012 after around a year of a relationship. They tied the knot near their childhood home in Lancashire, England. In January 2015, Buchan announced they were expecting their first child together.