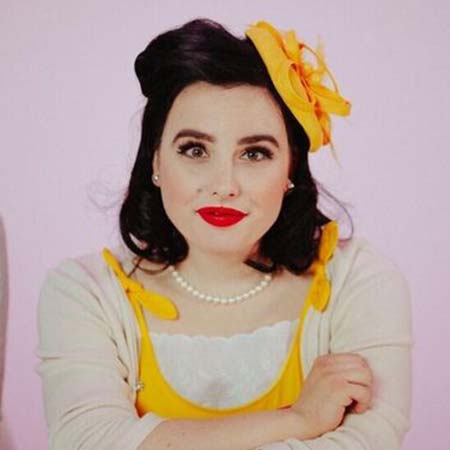 Amy Elizabeth Cimorelli is an American singer who is known for being a member of the all-sibling band, Cimorelli. Besides being a singer for the sister-band, she is also a guitarist.

Born on July 1, 1995, in Sacramento, California, USA, Amy Elizabeth Cimorelli was the fifth child of the 11 children of father Michael Cimorelli and mother Lynne Cimorelli. She grew up with her five sisters and five brothers. She is an American as per her nationality while for her ethnic background, she is multiracial (Irish, Italian, German, British).

Elizabeth was homeschooled along with her other siblings. She and her siblings had a knack for music since early childhood. The singer also learned to play the guitar from an early age and Liam Hemsworth's wife Miley Cyrus' song I Miss You was one of the very first songs she started playing on guitar.

Career-wise, Amy Elizabeth Cimorelli and her sisters formed a band, Cimorelli in 2007 and started uploading song covers on their socials. Following this, the band released its first EP, Cimorelli with six tracks and got a decent number of views.

Cimorelli Band released its second EP in collaboration with Universal Music on December 6, 2011. On December 11, 2012, Amy and her bandmates released their third EP, Believe It. After their third EP, they released another extended play in 2013.

Amy and her siblings came up with their first album, Up at Night, in 2016 and sold over 1500 copies in the USA alone within the first week. Their second album was Alive which had 10 songs and third album was Sad Girls Club. This album didn't only show Amy's instrumental abilities but also her vocal skills as she sang the song Girls Like Me.

Along with all of her achievements in her career, Amy has earned an estimated net worth of around $1.5 million. Yes, she is a millionaire at only 23. She earned her wealth from her career as a singer and guitar player.

The millionaire singer has a YouTube channel of her own but doesn't earn big bucks from it. Her greens come from her band's YouTube channel, Cimorelli, which gets around $2.2 thousand to $35 thousand revenue per month and approximately $430 thousand per year. Besides her YouTube earnings, she also earns a handsome sum of money from her Instagram account. Considering her fan followings on her social media, she is estimated to make around $700 to $1,000 per promotional post.

Singer and guitarist Amy Elizabeth Cimorelli is currently 23 years old. She has been passionate about music since her childhood and is currently focused on her career rather than relationship stuff. Her current relationship status is single, though she hasn't spilled beans on her relationship and love life.

She has just entered into the stardom, so she might be focusing on to maintain her stardom as well as to achieve bigger successes in her career. Anyway, who has time to think about a romantic relationship when you have 10 loving siblings?