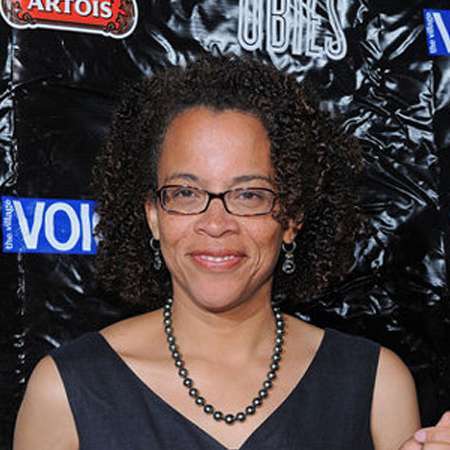 Ami Brabson is a prominent American actress who is best known for playing a character in Homicide: Life on the Street alongside her real-life husband, Andre Braugher. Ami came into the limelight after she played several episodes as her real-life husband, Andre’s wife in Homicide: Life on the Street in 1993. She gave justice to the character of Mary Pembleton.

Information regarding her date of birth, place of birth and early childhood are as of yet unknown.

Ami Brabson joined Northwestern University for her further education. She was an active student while at Northwestern. Ami later received her Bachelor in arts degree from Northwestern. She was always interested in acting and singing. Ami’s parents supported her and motivated her to take up acting as her career.

So in the pursuit of entering the cinema arena, Ami went on to train as an actress. She received her MFA from New York University Graduate Acting Program which was a great start for her.

Ami did not take on the TV industry as an instance but went slowly into the theatre. For Off-Broadway, Ami did two performances –Tough Titty where she was the character Angela in the Paradise Factory Theater. It was directed by Awoye Timpo. She also acted in Way of the World as character Betty/Peg in The Public Theatre.

As of regional, Ami went on to be seen in many acts including the Old Settler as character Quilly in the Luna Stage/NJ directed by Susan Kerner, Fences as Rose in Pittsburgh Public which was directed by the famous Marion McClinton.

She also acted as character Marjorie in Splash Hatch on the E Going Down in Yale Rep / Center Stage , The Piano Lesson as character Bernice in Syracuse Stage by director Claude Purdy , Day of Absence as Courier/Anncr  in Center Stage directed by Marion McClinton , Two trains running as Risa , Come down burning as Skoolie.

She finished her theatre years with the final two plays, A Midsummer Night's Dream as Helena and in Othello as Emilia.

Ami Brabson - Has A Net Worth Of $8 Million

Ami Brabson's net worth is still under review. Her husband, Andre Braugher's net worth is $8 million who is also listed as one of the highest-paid actors. As per the tvguide, he uses to receive around $100,000 per episode from his appearance in the Brooklyn Nine-Nine.

Ami has appeared in several TV series like NBC’s Law & Order SVU as Judge Karen Blake, Damages CBS’s Unforgettable as character Sonya, Law & order as Judge Madeline Drake, FOX channel’s The jury as Alison Travis, The beat as Vanessa Sharp and ABC’s One Life to Live as Faith Campbell. She also made an appearance in 2013 in Contamination.

Ami is very good at singing (Soprano), at juggling and can speak in American, Southern, West Indian and Standard British language. She married actor Andre Braugher on 28th December 1991.

Andre Braugher is multiple award-winning actors best known for his roles as Detective Frank Pembleton on NBC’s Homicide: Life on the Street. A year after their marriage they gave birth to Michael Braugher.

Later their two children Isaiah and Wesley were born in 1996 and 2003 respectively. The lovely couple has not had any reported split-ups or divorce filed from either side. They are not engaged in an extramarital affair and live happily together with their children. Ami and her family are Unitarian Universalists and currently reside in South Orange.