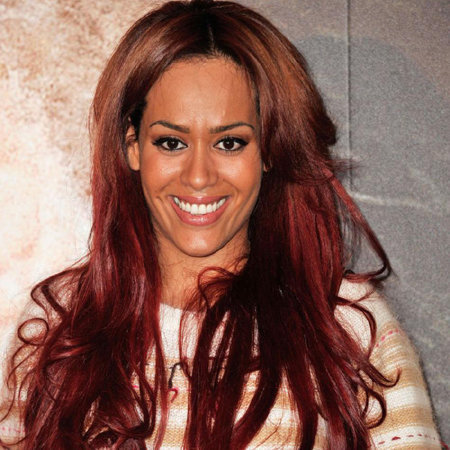 Amel Bent whose real name is Amel Bentbachir is a French RnB singer who was born on 21 June 1985 near Paris. Amel Bent grew up in the French commune of La Courneuve; with her Algerian father and Moroccan mother. She has a brother and a sister. She has always lived in La Courneuve. When she was young, she took singing lessons and at Teenage, she destined for the counseling profession. However, she remains passionate music. Thus, from age 16 she took the opportunity to sing the Marseillaise in a stadium near her home in front of three thousand people. Amel wanted then to get in psychology faculty but her participation in the show Nouvelle Star in 2004 (in which she finished third) allowed her to get in the music business and the R & B and record her first album.

Her career took off and she has four albums to his credit. In 2012, the singer even becomes face of the brand “Weight Watchers”. Her career jump started after making it to the semi-finals of the reality TV show Nouvelle Star 2, France’s version of Pop Idol. Although her performance did not make it to the finals, she was still noticed by some of the show’s producers, and would end up making her debut album later that year, titled Un Jour, released in late 2004. The album would sell more than 550,000 copies in France alone but the success of the album would ultimately be derived from the single, "a Philosophy; which would sell at more than 500,000 copies, staying at the No.1 slot, in France, for more than six weeks during and after sales. She recently starred in the fourth French version of Dancing with the Stars. She finished in second place with her partner, Christophe Licata. Bent has the ability to sing in the whistle register.

Amel was married to Christophe Licata Coralie, a very gifted dancer. Since the release of her Instinct album in February, Amel Bent decided to no longer hide behind false pretenses. The singer of Generation Goldman book in her songs and in her interviews: With Jean Reno and Frederic Lenoir in Parenthesis, her boyfriend of the time are arrested for murder. “It was my first love story. It was my friend, my lover, my partner and I learnt that he has just killed someone. I wasn’t there; I was overseas for a concert at Morocco. I do not know what’s going on and when I get to Paris, there are two families suffering, that of the victim and my fiancé; will spend half his life in prison, said Amel Bent.