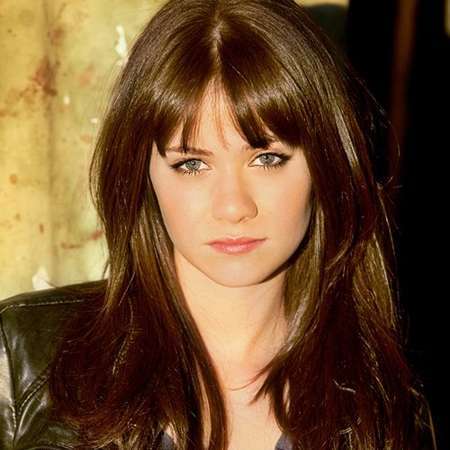 Amanda Leighton was born on June 7, 1993 in Fresno, California, United States. She is of American nationality. She spent most of her childhood days acting. She wanted to become an actor at a tender age and was supported by her parents as well. Amanda went on to get her first acting agent at the age of 12 and then took acting cla s ses to hone her skills before finally taking auditions.

Amanda began her acting career at the tender age of 11. She appeared in ABC Family's “Make It or Break It” as a gymnast named Wendy Capshaw. She also danced in the show. In 2005 she was seen in Six Feet Under as a Singing Cactus Kid. Since then she has been seen in many TV series such as Criminal Minds, Grey's Anatomy as Sarah Ca s sidy, House, 90210  as Alex Scarborough, Pretty Little Liars as Danielle, Make It or Break It, The Young and the Restless as character Raven, Kickin' It, Austin & Ally, Filthy Sexy Teen$, Bones, The Cheerleader Murders as Dee James. She is mostly noted for her role in The Fosters as Emma and The Power puff Girls as Blossom. Apart from the various TV series, Amanda has also appeared in commercials for Quicken Loans, Meow Mix, Comcast and Plavix. She has been seen in two films; 2012’s Divorce Invitation as Young Alex and 2015’s The Better Half as Emily Ryan. All in all, Amanda will have a bright acting career.

Amanda does not have a long dating history. She is very much focused on his work at present. Leighton is reluctant on speaking about her personal life in front of the public. She is not seen with many men in public. Amanda has never spoken so much about her past relations and affair. Amanda has not married till date. She does not have any children. She is focused on making her career bright rather than getting married and settling down. In most of her interviews, Amanda speaks of her acting career and acting skills rather than her social life and her relationship status. The public hopes to see Amanda with a potential partner soon. Amanda is adored by the public. She is currently single; does not have a boyfriend and is living in American.

Amanda is currently 22 years old and stands tall at the height of 5 feet 8 inches. Amanda’s net worth has not been estimated till date. However, it is known that she earns a huge salary from her acting career. Amanda is an inspiration to many young aspiring actresses. She has had a successful acting career. Her fans hope to see more of her in the future. The bio of the very talented and beautiful, Amanda Leighton can be found on various social media sites including Wikipedia, IMDb and twitter.