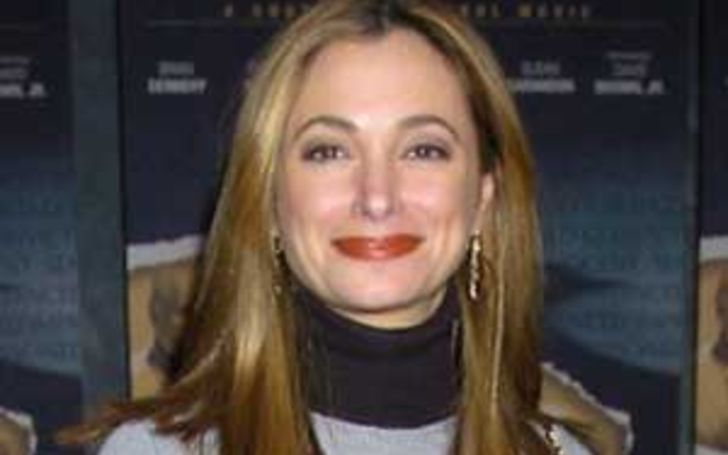 Amanda Grove is an American journalist, anchor, host, and a co-chair of Winston & Strawn's Class Action. She worked for CourtTV anchor, KNTV, KCCN, KRON's BAY-TV, CNBC, and WCBS. She is also the legal expert for shows such as Good Morning America, On the Record, and The Early Show.

Amanda Grove was born somewhere in the USA in 1965 to Janet Grove and Dr. Ned Grove. Her mother is a retired partner of O'Connor, Cohn, Dillon & Bar and San Francisco law firm. She is of American nationality while her ethnicity is missing.

While talking about her education, she has completed her Bs. journalism degree from Northwestern University and also has a degree in law from the University of California Hastings College of the Law in the year 1990.

Soon after the completion of her degree, she joined Graham & James company in San Francisco from 1990 to 1996 to practice corporate law and real estate.

Is She Married Or Dating Someone?

The 55 years old Amanda Grove is a married woman. She has shared the wedding vows on June 29, 2002, with Robert Holmen (managing director of Guggenheim Group), when she was at the age of 37, and her husband was 40 years old. As per the source, their wedding took place at the Church of St. Francis Xavier in New York City.

Amanda Grove has an estimated net worth of $500 thousand which she has earned from her longtime journalism career as well as from her other profession.

While talking about her career, in the beginning, she worked for CNBC business news in London as well as in New York. She hosted the live hourly Newsbreaks and also worked as a substitute anchor for daily live trial coverage programs. As a part of the Court TV's daytime trial coverage, she used to occasionally report from the courtroom trials. Besides such, she also makes regular appearances as a legal expert on The Early Show, Good Morning America, On the Record with Greta van Susteren.

Amanda was part of the WCBS in New York City before joining Court TV. She anchored the morning and weekend newscasts for the station. Besides, she is also an anchor for MarketWatch's morning business show. She has also been the host of the PBC series, World Museum Classics. Prior to joining WCBS, she worked for the CNBC business news in New York and London.

She also worked in California for KRON's BAY-TV, KNTV in San Jose, and KCCN in Monterey. In addition, she is also the founding director of Community Legal Service Inc and chairperson of consumer welfare.