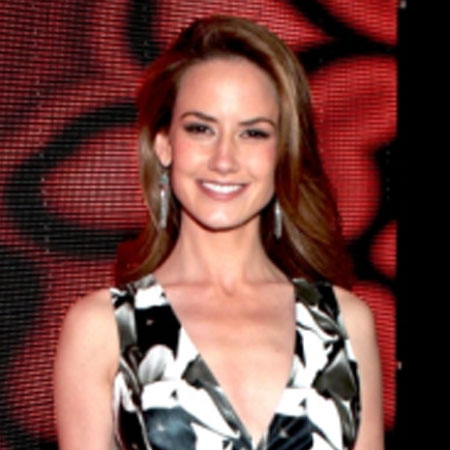 Altair Jarabo, born as Altair Jarabo Garcia, is a Mexican actress and a fashion model. She is noted for her works in the Mexican telenovelas including Inocente de Ti, En Nombre del Amor, Mi Mercado, Que te perdone Dios and many others.

Altair Jarabo was born on August 7, 1986, in Mexico City, Mexico. She is a Latin American by ethnicity and has a Mexican nationality. She has one sibling; a brother named Jorge Jarabo Garcia.

Altair Jarabo made her professional debut in fashion modeling in 1993. With her huge fandom and popularity as a model, she entered into the world of acting in 2002 appearing in Subete A Mi Moto alongside Vanessa Acosta and Sandra Echeverria.

Jarabo became a recognized face and name in the Mexican television screen for her role of  Isela in the 2004 telenovela Inocente de Ti. Later, she appeared in many other telenovelas earning a huge success.

Altair Jarabo got nominated for several of the awards for her acting including Best Female Revelation, Best Female Antagonist, Best Villain and Best Supporting Actress. She was the winner of 2010 Best Actress Revelation for ‘Me importas tu y tu’.

Model turned actress, Altair Jarabo is an avid user of social sites, and she loves taking pictures. She is a Spanish speaker.

Altair Jarabo is reported to be single at present. She is not married yet nor is having any affair publicly. However, she was in a romantic relationship with Carlos Vela, Eugenio Siller, Eduardo Yanez and Alejandro Ruiz for a while.

Rumors were viral during 2010 that she was dating Sebastian Zurita. She was even rumored to be pregnant.These talks never amounted to anything substantial, though. Ja

Jarabo loves hanging out with her friends in her leisure time. Mostly, Altair is busy with modeling and acting shoots traveling around the world.