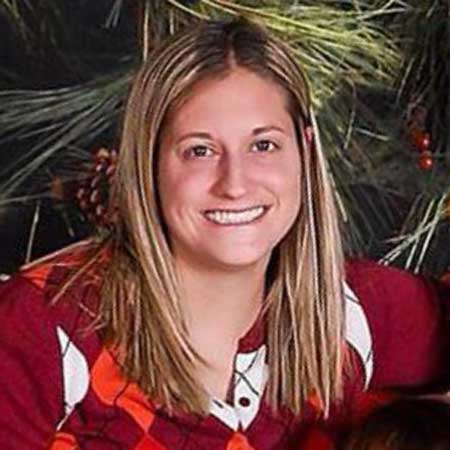 Alicia Shearer is a former respiratory therapist for Integris. She also worked at Integris Southwest Medical Center. She grabbed both public and media attention as a wife of Street Outlaws star and Midwest Street Cars employee, Justin Shearer in 2006. The two are blessed with two children too.

Born in Oklahoma, US, on August 18, 1980, Alicia Shearer grew up in Louisville, Kentucky along with her parents. Ethnicity-wise, Shearer is a White American and belongs to American nationality. She attended the Oklahoma City Community College and studied respiratory care.

Following her graduation, Shearer began working at Integris Southwest Medical Center. After that, she also worked as a respiratory therapist at Integris and ISMC.  Her spouse Justin Shearer is a TV personality. He rose to prominence following his appearance in the Discovery channel reality program ‘Street Outlaws’ in 2013.

Alicia Shearer has been married to her longtime boyfriend, Justin Shearer who is a street car racer and a television personality based in Native Oklahoma City. Apart from being the 'Big Chief' on the Discovery Channel Series, Street Outlaws he has worked in few pivotal roles.

Respiratory therapist Alicia first met her husband, Justin when he was 18 at the full-service gas station where he worked then,

“I met my wife Allicia when she came into the full service gas station I worked at when I was 18 years old. I instantly got nervous and I knew that I would have trouble with this girl… and I was right. I’ve been in trouble since that day!”

After a long time of dating, the couple got married on 29th September 2006, and their conjugal life is still going strong. The couple has two sons, Covil Shearer, and Corbin Shearer. The couple frequently posts beautiful pictures of their children with the heartwarming messages on Instagram.

Justin revealed his regrets regarding not spending more time with kids on Instagram, saying:

“My sons are my biggest fans, and proudest supporters.  One day, I’m going to look back and regret chasing my bulls**t childish pipe dreams of being a professional race car driver. But more time playing wiffleball and laying on the couch while Corbin tries to rip my face off"

It’s been more than a decade since Alicia married Justin and they are living a blissful married life with no divorce rumors and affairs. As of rumors, Justin was in a relationship with Jackie Braasch who is an official member of Car Chix.

Alicia Shearer's Net Worth And Salary

Alicia Shearer is living a luxurious lifestyle and has earned a good amount of net worth from her career though she has not made her official figure of the net worth public. Alicia’s husband, Justin is an American street racer and reality television personality who has an estimated net worth of $1 million as of 2017.

As an respiratory therapist, Alicia annual salary was over $55K.