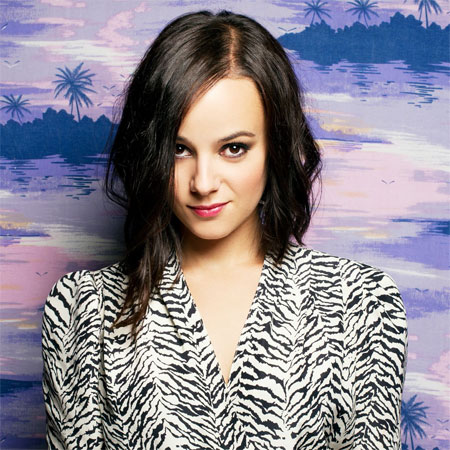 Alizee Jacotey, professionally known as Alizee is a French singer, dancer, and voice actress. She rose to prominence after winning the talent show "Graines de Star" in 2000.

After she won the competition, she collaborated with Mylene Farmer and Laurent Boutonnat. Alizee is one of the best-selling female French artists of the 21st century. She has released six studio albums since debuting in the music business in 2000.

Alizee Jacotey was born on August 21, 1984, in Ajaccio, Corsica in France. She is professionally known as Alizee. Her Zodiac sign is Leo. Alizee is known as Lilli among her friend circle.

She is the only daughter of her parents. She has one younger brother. She was interested in dancing and had already learned to dance by age of 4. Later, she joined Ecole de Danse Monique Mufraggi dance school and trained until she was 15. Notably, at the age of 11, she won a competition organized by a French airline and got the airline's aircraft named after her.

Alizee's career began after her appearance on the TV show Graines de Star in 1999. There she performed the Waiting for Tonight song by Jennifer Lopez and Ma Priere by Axelle Red. She won the Meilleure Graine award for the most promising young singing star of tomorrow on the show.

In 1999, after she won the show, veteran lyricists, Mylene Farmer and Laurent Boutonnat launched her. In 2000, they produced her debut album, Gourmandises which established her as a singer.  Her debut single, Moi ...Lolita made a good business.

After the success of Alizee En Concert and Psychedelics, she collaborated with Universal Music and released Tout Alizee which got 62 no. in top 100 Mexican albums. Later she appeared in several French channels.

She has shot many hot pictures of her in a bikini. She is regarded as the sexiest model in 2011 and her hot photos are available on websites.

Alizee married fellow French singer Jeremy Chatelain in 2003. The couple tied the knot in Las Vegas, Nevada, on November 6, 2003. They kept their marriage secret until February 2004-when their marriage went public after the Voici magazine released the copy of their marriage certificate in an article.

The couple shares a daughter named Annily; born 28 April 2005. Alizee is a media secretive person, however, since 2011, she has been much more open about her personal life and relationships. Alizee ended her conjugal life with her husband, Chatelain in early 2012 he has one daughter named Annily.

Following her divorce from her husband, Alizee met Gregoire Lyonnet during Danse Avec Les stars in fall 2013. The couple started dating after a few meetings and continued dating until they exchanged their vows on June 18, 2016.

Alizee has maintained a fit body physique and possesses an hourglass body figure which measures 33-23-36 inches (breast-waist-hip). Her bra size is 31B, and her shoe size is 7.

Alizee Jacotey's Salary, And Net Worth

Singer, dancer, and voice artist, Alizee Jacotey has earned a good amount of money through her career in singing and dancing. Particularly, she has a good singing career through which she earned most of the part of her net worth.

According to Celebrity Net worth, Alizee's net worth is estimated to be around $50 million as of 2018.