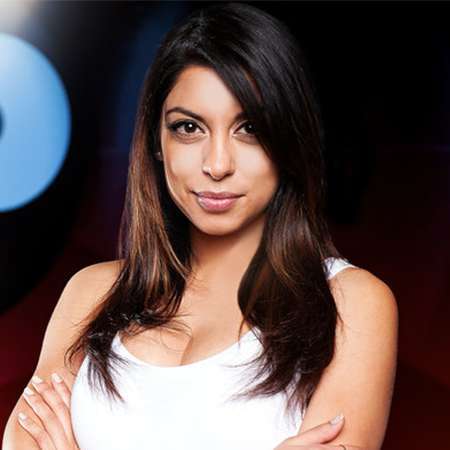 Aliya-Jasmine Sovani is a television broadcaster and producer best known for her appearance on MTV in past. She currently works for NBC as a presenter and host.

Sovani is also the award-winning producer for her extensive work in sports, entertainment, and news. She also serves as a reporter of Fox Sports West based in Los Angeles.

Aliya-Jasmine “AJ” Sovani was born on November 18, 1982, in Ottawa Canada. Her father was a Persian. She belongs to Persian and Africa-Indian descent and holds a Canadian nationality.

Sovani was brought up in Barrhaven and was admitted to John McRae Secondary School. She was deeply influenced by her parents. Her mother was a director-general of the Canadian government.

She, then, joined Harvard University for her social media & digital marketing certification. Sovani later earned her Bachelor’s degree in Broadcast Communication from the University of Ottawa in 2004.

Aliya-Jasmine Sovani first worked as the producer at MuchMusic and worked at BPM: TV, Star!, and fashion television as a host and producer. She also worked as the freelance writer and professional speaker in her early career.

Sovani was a reporter for CTV during 2010 Winter Olympic Games in Vancouver, Canada and hosted Olympic Morning Show. She is known for hosting a series in MTV named Play with AJ. She even presented the next show 1 Girl 5 Gays in MTV.

Moreover, Sovani is a reporter for Fox Sports West. Besides, she has also served at E! News, E! News Now as a host and producer. She hosted a show named the Last Call on Bravo and is a producer of the series IMPACT.

Alia Jasmine Sovani is a beauty queen who was listed in the HELLO! Magazines top 50 beautiful Canadians involved in social works. She has covered the interview of various popular celebrities and mentions Tom Cruise and Adele as her best interview guests.

Sovani is the admirer of Daniel Wellington’s watch and has the collection of it. She mostly prefers white and black dresses.

Sovani is unmarried but isn’t single. She is currently dating Mike Bradwell since 2012. Bradwell is a professional football star. The couple had a dog; George Hamilton as a friend and often take together with them.

Being involved in several professions till the date, Sovani is believed to have earned a quite impressive net worth and owns several properties. Through her social sites, we can make a speculation that she has been living a luxurious life as she shares several photos spending time with her boyfriend.

Sovani stands at the height of 5 feet 2 inches.