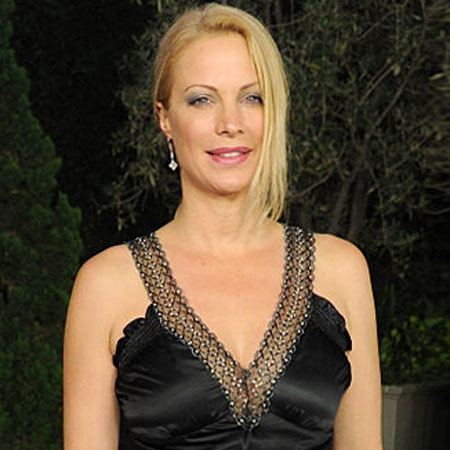 Alison Eastwood is an American actress, Fashion model, and fashion designer. She made her movie debut at a very early age of seven. She came to recognition after posing topless pictures in the Playboy Magazine in 2003. She was also cast in Hot Bath an' a Stiff Drink 2 Jeffery Patterson, Robert Patrick, Frankie Muniz, Mirelly Taylor, and other stars.

Alison Eastwood was born on May 22, 1972, in Carmel, California to Clint Eastwood, her father and a veteran Hollywood star, and mother, Maggie Johnson.

Eastwood began her career at the age of seven starring in the movie Bronco Billy, alongside Clint Eastwood, Sondra Locke, and others. She has also worked as a runway and magazine model in Paris. Similarly, Alison has featured in various European magazines and U.S. Vogue. She posed nude for Playboy magazine in February 2003.

Moreover, she tried her hand at directing with the movie  Rails & Tiles (2007), starring Kevin Bacon and Marcia Gay Harden. Eastwood has a clothing line called the Eastwood Ranch Apparel.  She is also the founder of Eastwood Ranch Foundation, a nonprofit animal welfare organization.

Eastwood Appeared in Television program Animal Invention on Nat Geo Wild. Also, she has appeared on the reality TV series, Chainsaw Gang, as one of the sculptor’s girlfriend.

Furthermore, she also made her appearances in Hot Bath an' a Stiff Drink 2, alongside  Mirelly Taylor, Rex Linn, William Shockley, and others.

Daughter of the veteran Hollywood actor, Clint Eastwood, who has a net worth of $375 million. Many online sites have reported her net worth to be $10 million, that is not entirely accurate.

Her exact net worth is still under review, but given her popularity, family background and career, it must be close to millions. She has appeared in many movies and TV shows in his career, some of which had made a good collection at the box office.

Eastwood is a balanced person and takes no chances of healthy living. However, it seems she hasn't had a healthy romantic life.  She married  Kirk Fox is an American actor, screenwriter, and stand-up comedian,  on 14 March 1999.

After a year of marriage, the couple split in 2000. Reportedly,  the reason for the divorce was Alison's extramarital affair.  One of Eastwood's former flames, Michael Combs, died in a snowboarding accident in Vail, Colorado on 15th December 2004.

Alison Eastwood's second marriage was to her boyfriend, Stacy Poitras.  they met on the sets of Chainsaw Gang. The couple married on 15th March 2013.  She is still married to Stacy Poitras with no rumors of divorce till date.

Eastwood addicted to drugs at the age of twenty. She was given probation after a drunk-driving arrest in 1991 and received a fine as well.  She loves horseback riding and is involved in protecting abandoned animals.