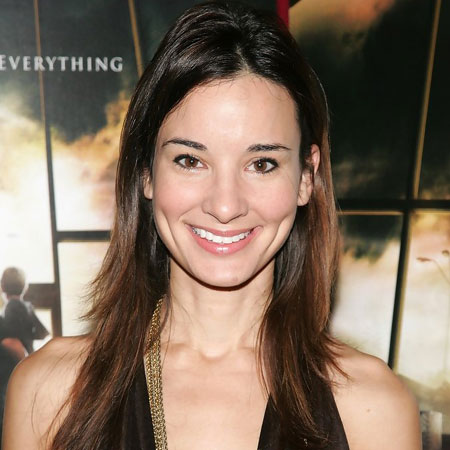 Alison Becker is a popular American actress, comedian, television personality and a television writer. She was the former host of VH1’a Top 20 Video Countdown. Previously, she was the co-host on the FuelTV panel talk-show The Daily Habit.

The talented TV personality was born on March 8, 1977, in New Jersey, United States. She holds an American nationality and belongs to White American ethnicity.

Becker attended Georgetown University in Washingon, D.C. and completed her graduation with a degree in English. Then she moved to New York City and started exploring the fields of theatre and comedy, creating different original characters and sketch comedies.

The artistic actress landed a variety of acting stints in venues all over the New York city. She was a regular cast in the Upright Citizens Brigade improv theater and has performed on stage in Hopscotch: A New York Sex Comedy, Carolines on Broadway and other several comedy clubs.

Becker starred on the Boiling Points, an MTV prank television show and worked as a VJ on the music video TV channel Fuse and hosted the F-List and some other shows.  Furthermore, she hosted the VH1’s Top 20 Video Countdown. Along with ESPN broadcaster Kenny Mayne, she featured on the online show entitled Mayne Street.

Moreover, Becker appeared on the CollegeHumor “Badman”, Batman spoof videos. She starred on FX’s The League, Showtime’s Californication, CBS’s Rules of engagement, NBC’s Law and Order: SVU and made a recurring role on Law and Order: Criminal Intent.

Becker is pretty uptight in sharing her personal information to the outer world. She is a privacy-loving person and has not revealed about her affairs with anyone yet. Currently, she is single and is concerned in building a strong career.

Becker is seen active on Instagram and Twitter, where she twitted that her boyfriend killed a bug with her new fly swatter. In 2016, she again twitted saying that she has found her husband. Still, there’s a great confusion about sexual orientation as she twitted saying that she would be the best boyfriend. It seems like she is waiting for Mr. Right.

The promising actress in Hollywood film industry is living a luxurious life as her net worth is reported to be around $1.6 million.