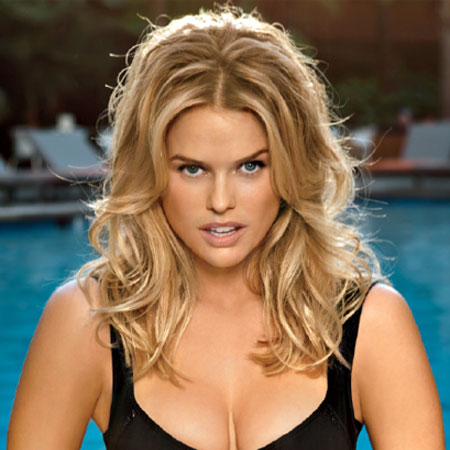 British actress Alice Eve, who started her professional career in 2004, has worked in over 20 films and a few numbers of television series, however, is famous for her role as Carol Marcus in Star Trek Into Darkness, and in the third edition of Men In Black series where she played Young Agent O. Besides her professional career, she is living a single happy life after divorcing her husband.

Alice Eve was born Alice Sophia Eve on 6th February 1982, in London, England, the United Kingdon. Her father's name is Trevor Eve and her mother is Sharon Maughan. Her parents were actors. She was born as the eldest daughter of her parents. She has two younger siblings brothers named Jack and George.

Alice is of British nationality and belongs to English, Irish and Welsh descent.

While Eve was young, her parents moved to Los Angeles, California, where her father tried to enter the American market. But then they returned to the United Kingdom while she was 13 years old.

Eve attended the Bedales School and enrolled at Westminster School in London for A-levels. She attended the Beverly Hills Playhouse and at St Catherine's College, Oxford. During her study at Oxford, she also appeared in the student production Animal Crackers, The Importance of Being Earnest, and Color of Justice.

Eve ha started her career in 2004 by acting in the television drama Hawking. She had also done television drama The Rotter’s Club, Agatha Christi’s Poirot. In 2004 she had also starred in the film Stage Beauty. After that in 2006, she had acted in two comedy films Starter for 10 and Big Nothing. In early 2006 she had done a mini-series Losing Gemma.

She had also acted in two plays directed by Trevor Nunn and Rock and Roll by Tom Stoppard. She was also nominated for the best supporting actress at the Whatsonstage.som Theatergoers’’ Choice Awards for the performance in those two plays. She had also played Roxanne in the production of Cyrano de Bergerac at Chichester Festival Theatre in 2009.

In 2010 Eve acted as the female lead role in an American romantic comedy film She’s Out of My League in which her parents also acted as her character’s parents. She had also done a film Sex and the City. She also had a recurring guest role of the HBO series Entourage in 2011.

In 2013 she had also acted as the character named Dr. Carol Marcus in Star Trek Into Darkness. During the same year Eve also took part in the opening session of the 2013 Consumer Electronics Show. She also did a music video of Paul McCartney’s named Queenie Eye. In 2013 she had done a film directed by Chris Evans 1:30 Train in New York.

Alice Eve has worked in over 20 films and made her appearances in a few numbers of television series through which she has earned a handsome amount of money. Some of Eve's best and box office hit movies are Sex and the City 2 which made $294.6 million, Men in Black made $624 million,  and Star Trek Into Darkness which collected $467.4 million for which she is believed to have received a good amount of salary.

As of 2019, Alice Eve's net worth is estimated to be around $6 million which she collected from her professional acting career.

Alice Eve's current relationship status is unmarried and living a single happy life in Los Angeles and her hometown, London. She is busy with her work schedule and frequently travels between LA and London.

Alice was previously married to her high school sweetheart Alex Cowper-Smith, a financier.

She got engaged to Smith in August 2014. After months of being engaged, they got married on 31st December 2014. The pair got married in a beautiful intimate wedding ceremony in front of relatives and close friends. Just after being married for around three years, their marriage of three years came to an end.

The pair got divorced in 2017. However, the exact reason for their separation is yet to be disclosed. After separating from her husband, she is leading a single and happy life. It looks like she is now completely focusing on her professional career rather than building romantic links.

She had dated Rafe Spall and Rufus Sewell from 2006 to 2008. Later she was in a long-term relationship with poet Adam O’Riordan. The pair started dating in 2009 but broke up in 2012 after dating for around three years.

Eve has heterochromia that her left eye is blue and her right eye is green. Her favorite poet is Andrew Marvell. She was ranked 7 in 2010, 22 in 2008, and 47 in 2009 by The Annual Independent Critics List of the 100 Most Beautiful Famous Faces From Around the World as the most Beautiful Famous Faces. The biggest inspiration of her life is her grandma Betsy who died in 2007.