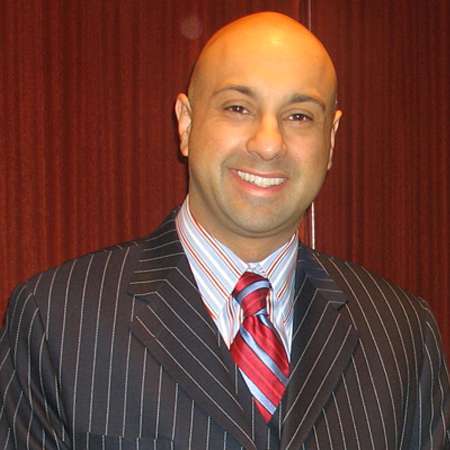 Canadian journalist, Ali Velshi is known for his work on CNN. He worked as a Chief Business Correspondent, Anchor of CNN's Your Money, and a co-host of CNN International's weekday business show World Business Today.

Ali Velshi is a Canadian journalist and TV host. He was born on October 29, 1968, in Nairobi, Kenya. His parents are Murad Velshi, the first Canadian of Indian origin to be elected to the Legislative Assembly of Ontario, and Mila Velshi, who grew up in South Africa.

He was, however, raised in Toronto, Ontario, Canada. He grew up in an Ismaili Muslim religion family and his ethnicity is Gujarati Indian.

Velshi attended and graduated from Toronto’s Northern Secondary School, which is known for producing a number of successful television personalities. At that time, he was elected as school president.

In 1994, he earned a degree in religious studies from Queen’s University in Kingston, Ontario. During his time at the college, he organized protests again Preston Manning and Canada’s Reform Party.

He currently works for Al Jazeera America and was the former host of “Ali Velshi on Target” for the same network.

He is best known for his works on CNN as its business Correspondent and Anchor of CNN’s “Your Money”. He was also the co-host of CNN International’s Weekday business show “World Business Today”.

His professional career started when he joined the “CTFO” channel in Toronto. He was a General Assignment Reporter. After that, he joined the channels “CablePlus 24” and “CityTV” as a business reporter and host.

In 1999, he joined the Canadian business channel “Report on Business Television” which is now known as “BNN-Business News Network”. In 2001, Velshi moved to the United States. He found work at the New York City-based channel “CNNfn”.

Getting around Longyearbyen, Norway, the northernmost town in the world. That's me driving

This television personality worked with the company up until it dissolved. Subsequently, he started working as a host and reporter for the CNN network in the morning show “Daybreak”. After that, he worked for the shows ‘Turnaround’ as a presenter, ’The Situation Room’ and ‘American Morning’ as a business correspondent in 2006.

In 2008, he was appointed as the anchor of the tv show “Energy Hunt” on CNN. During the time, he visited places such as the Oil Sands of Canada and the Arctic National Wildlife Refuge. The same year, he covered the bombing of the ‘Marriott Hotel’ in Islamabad as well as the destructive hurricane ‘Gustav’ that struck Haiti, the Dominican Republic, Jamaica, the Cayman Islands, Cuba, and the United States. He also addressed the ‘Global Financial Crisis’ in 2008 and the hurricane named ‘Sandy’ in 2012.

In 2013, Ali left CNN and started working for the newly launched television channel ‘Al Jazeera America’. He became the anchor of the thirty-minute show ‘Real Money with Ali Velshi’. On May 12, 2015, the show relaunched as ‘Ali Velshi on Target’.

Ali Velshi's Net Worth And Salary

Ali Velshi's net worth is expected to be $5 million at present. He has earned a decent amount of salary working for the networks such as CNN, MSNBC, Al Jazeera America, NBC News.

Ali got married in his 20’s but the marriage did not last long. In 2009, he was again married to Lori Wachs, a New York-born hedge fund manager and the president of Philadelphia-based Cross Ledge Investments. He met his second wife when she was a guest on his tv show. He is also a very good friend of Pat Kiernan, the actor, and writer behind Iron Man 3, The Avengers, and The Interpreter.

Ali Velshi stands at a height of 5 feet 9 inches. His hard work and dedication made him one of the highest-paid salaries for the television personality. Ali's net worth is estimated to be $500 thousand dollars.

In 2010, Velshi was awarded the Queen's University Alumni Achievement Award. He has also been nominated for several awards like the Emmy award.

Velshi has published a couple of books titled ‘Gimme My Money Back: Your Guide to Beating the Financial Crisis’ and ‘How to Speak Money: The Language & Knowledge You Need Now. He also writes a monthly column for Money Magazine and for Delta Sky magazine.

His bio is made available on several websites including Wikipedia. One can also follow him on different social media.