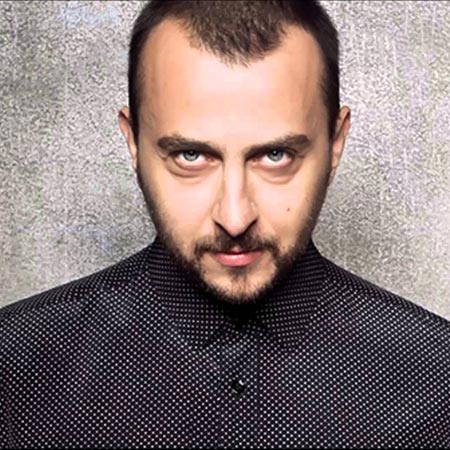 Ali Atay (Dursun Ali Atay) was born on 20 April 1976 in Rize, Turkey. Ali graduated from Mimar Sinan Fine Arts University State Conservatory Theatre Department in 1999. Ali Atay, with his college friend Berkun Oya, established Krek Theather Company in 1998. Ali performed on many of their own plays. After a year, Ali left the company and started his own career with television debut 'Second Spring'.

Ali Atay has acted in severals television shows and movies. Moreover, Ali is also famous for his band 'Leyla The Band'. The band was established on March 2013 with seven band members and Ali was the lead vocalist.

Ali Atay is especially known for the character as Maksut in the TV series 'Hats output from the father'. Ali was also the part of 'Layla and Majnun' in 2012.  The other famous series of Ali Atay is 'I miss you too', the sequence of the series Layla and Majnun.

Ali Atay made a guest appearance in yet another TV series named 'Second Spring' in 1999. Then he got a chance to feature in the  movie 'It is too late', in 2000, which was his debut in movie industry. Then in June 2015 Ali Atay did his first direction with the movie 'Lemonade' starring Serkan Keskin and Ertan Saban.

Ali Atay has been working in the Turkish Entertainment Industry for a long time. He surely has earned well but hasn't talked to the media about his net worth and earnings.

Musician Director Second Spring I miss you too