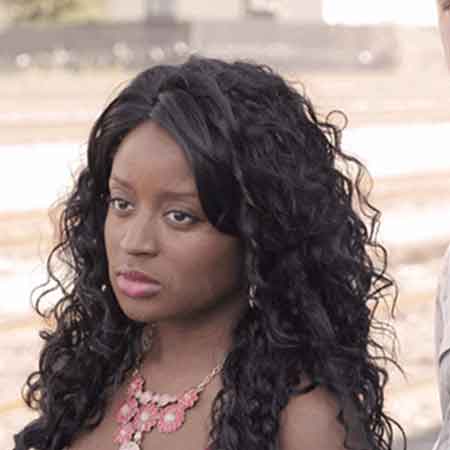 Born and raised in Atlanta, Georgia, Alexus Whilby has been working as an account manager at ALTA Language Services, since 2014. She came to limelight after she married a former reality star Kyle Chrisley in 2014. Kyle is the son of successful businessman Todd Chrisley.

Most of her early days, Alexus spent in her hometown Atlanta Georgia along with her family. Whilby graduated from Middle Georgia College. She later attended Oglethorpe University.

As per her Facebook profile, as of 2020, she works as an account manager for ALTA Language Services, in Atlanta, Georgia. She joined the company in August 2014.

Whilby came to limelight after she exchanged the vows with a former reality TV star, Kyle Chrisley in 2014. Her husband Kyle is from a high-class family and belongs to the family of multi-talented. He is the son of Todd Chrisley, an American businessperson as well as a reality TV personality.

Alexus Whilby has collected a good amount of money from her career. As per some reliable sources, she has an estimated net worth of $1 million.

She currently serves as an account manager at ALTA Language Services where her annual salary is over $64,000.

According to some sources, Kyle Chrisley's net worth is believed to be around $1 million. On the other hand, his father Todd Chrisley owns a net worth of -$5 million, according to celebrity net worth.

Todd is a businessman and reality television personality. In 2012, he was filed for bankruptcy, claiming to have $50 million worth of debt.

For a few years, Kyle created a disturbance in the family after he became a drug addict and lost his daughter's custody. He was subsequently fired from the family show Chrisley Knows Best too. The relationship between Kyle and his father is not good since he threatened his father Todd during a crack binge.

During an interview with Radar Online, he said that he has moved on for a better although he still doesn't have a good connection with his family. Despite the bitter past, he is trying to make a new start purchasing a new house with his wife in Georgia.

"We just moved in last week and we are already loving it. I would never have dreamed that I would own a 3,000-foot house and we are just so blessed."

Alexus played one of the important roles in Kyle's life to come out from all these bitter moments especially his drug addiction.

Kyle was in a relationship with Angela Victoria Johnson and they have a daughter named  Chloe Chrisley who was born in 2012.

Alexus Whilby is currently probably enjoying her singlehood life. She is also less active on social media like Facebook and Instagram, therefore, it becomes much hard to pin down about her recent works and activities.