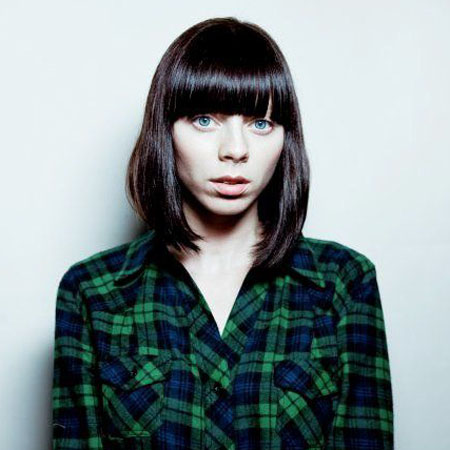 Alexi Wa s ser is an American actress, writer, director and host of Love Alexi Podcast. She was the founder of the cult blog ‘imboycrazy.’ She also played the lead in several thriller movies like Cabin Fever 2: Spring Fever and Return to Sender.

Alexi Wa s ser was born Alexi Celine Wa s ser on February 11, 1981, in Los Angeles, California, USA. She spent most of her childhood days in Los Angeles along with her parents Leslie Knauer and Julian Wa s ser.

As per her ethnicity, Wa s ser is White and by nationality she is American. She is the host of ‘Love Alexi Podcast,’ where she interacts with creative, fascinating people. She talks to people about their different aspects of their lives like love, sex, dating, relationships, life, death, drugs, emotional spirals, ego, insecurity, and more.

Wa s ser was also the founder of the cult blog ‘imboycrazy.’ In the blog, she talked about dating etiquette, sex, drugs, life goals, and how to balance friends as well. She is also the founder and host of the ‘Girls Night In.’

Additionally, Wa s ser started her self-titled YouTube channel on May 13, 2009, where she has above 14K subscribers as of 2017.

The 36-year-old reality star, Alexi Wa s ser, is not married yet and doesn’t have any children. In 2002, Wa s ser was romantically involved in a relationship with her boyfriend, Chris Cester, drummer of an Aussie rock band, Jet.

However, the couple split up after five years of dating. Currently, Wa s ser looks focused on her career. She also revealed of her uncomfortable past relationship in an interview. She was quoted saying:

''Four years ago, I had a boyfriend at the time, and I was totally inappropriate and would overshare stories about past relationships and really uncomfortable dating and sexual experiences.''

Wa s ser is active on Instagram with over 16K followers as of 2017. Besides, she is fond of flowers; Rose, and Lilacs. Her favorite artists are Modest Mouse, Salem, Juergen Teller, Oprah Winfrey, Wendy Williams, and few others.

American actress Alexi Wa s ser is 5 feet 11 inches tall (1.8m).  She is the host of ‘Love Alexi Podcast’ and was the founder of the cult blog ‘imboycrazy.’ Wa s ser has earned a good amount of money from her prolific career as a blogger, writer, and producer. Wa s ser's net worth in exact figures hasn't been made public so far.

One of her 2009 movie, Return to Sender’s actor Rosamund Pike has an estimated net worth of $2 million. So, it is likely that Alexi Wa s ser's net worth is in millions as well. Besides, Wa s ser also started her self-titled YouTube Channel on May 13, 2009. From the YouTube channel, Wa s ser reportedly earns above $2K annually.