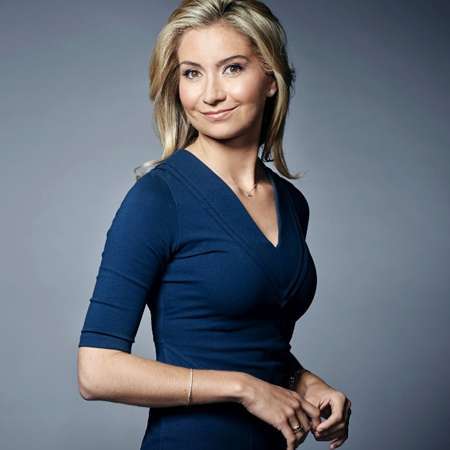 Alexandra Fields is a correspondent for CNN/US and is currently based in New York City. This beauty is known for its incredible charming personality and skillful coverage of all kinds of conditions worldwide.

Though she has a huge fan following and many people who wish to see her on TV, her date of birth, place of birth, parents, and family are information less known about.

Alexandra's educational qualifications include holding a dual Bachelor's degree and a Master's degree from Hamilton College. Fields graduated with a degree in history as well as in French. She was a member of the Phi Beta Chi sorority when in college and studied her junior year in France. She also served as a Levitt fellow when in France. Her education continued in the Newhouse School of Communications of Syracuse University where she obtained a Master's degree in journalism in 2007.

To pursue her interest in the field of journalism, Alexandra Fields joined the WWNY TV 7 which is a CBS affiliate situated in southeast Ontario and northern New York. After joining there in 2007, she was inducted into the New York-based station where she first worked as a general a s signment reporter. Her position then got promoted into an anchor for the 10 p.m. as well as the 11 p.m. newscasts. Her work was highly appreciated and she even got an Associated Press Award for outstanding spot-news coverage as well as a Syracuse Press Club Award. The former award was granted to her for coverage of the Academy Street Apartment building fire.

After working for three years in WWNY, Field was called upon to become a reporter for WRGB, an affiliate of CBS situated in Albany. She accepted the position and started working there. She was promoted to the post of political reporter and she also got to serve as the Capitol correspondent for the station. She covered Governor Andrew Cuomo's administration and also the voting process to legalize same-sex marriage.

After this, her next endeavor was serving as a reporter for WHDH-TV which is an NBC affiliate situated in Boston. She reported from Newtown and covered the Sandy Hook shooting as well as the Boston Marathon bombings. Recently, after joining CNN Alexandra has covered the negotiations of Los Angeles Clippers as well as the search of the Malaysia Airlines Flight 370 among many other such events.

Alexandra Fields' Net Worth And Salary

Alexandra Fields' net worth according to some sources can be believed to be around $0.5 million. She is also paid a good amount of salary from her work at CNN.

Judging by her social media, the media personality is currently dating her boyfriend Mitchell Wilson for a quite long time. The couple has posted a number of pictures on their social media.

Alexandra\s personal life is a mystery as far as the tabloids are concerned. There is no news about her having a boyfriend or any kind of relationship.

Fields are known best for having covered the Metro-North train derailment, chemical spill in West Virginia, death of Phillip Seymour Hoffman, and many other such world-famous situations. Her achievements are not only the awards she has obtained during her reporting tenure but also the number of fans she has acc u mulated over time. She is active on social networking sites like Facebook and Twitter and continues to dazzle the audience with her charm and beauty.