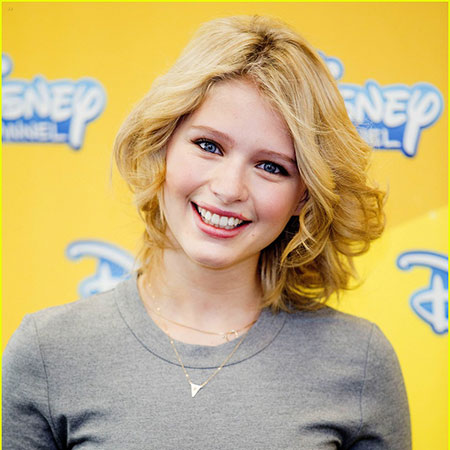 Alexandra Beaton is a dancer and actor best known for her roles in '300', 'The Next Step' and 'Katie Cats'. She was born on 5 December 1994 in Canada. Her mother Kate Wheeler is a journalist and radio host while his father John Beaton is a businessman. She has a younger sister named Sophie, who is a model and student as well.

Alexandra Beaton has sung and danced her way across the stage as Baby June in Gypsy for the revered Shaw Festival in Niagara on the Lake. She earned her first role in the American epic fantasy war film “300,”  where she died in the arms of King Leonidas, played by Gerard Butler. Currently, she is cast as Emily, who is a dancer and actress on Canadian hit TV show “The Next Step.”

Besides acting and dancing, Alexandra Beaton likes activities like aerial silks and has a passion for reading books and listening to music. In addition, she has read all the Harry Potter books and her favorite artists are Mumford and Sons, Ed Sheeran and Spice Girls.

Alexandra Beaton has also done numerous commercials and is famous for issuing the eye-roll every parent “recognizes and despises” for Rogers cell phones. She booked a starring role as Oona in the pilot for “Oona Explains It All For You”.

Alexandra Beaton is an award-winning competitive dancer and has excelled in lyrical and jazz dances. She is also a motivational speaker and devotes herself in mentoring young girls through the 'Young Women' campaign on the Move program among others.

Although, Alexandra Beaton is a successful and emerging actress, her dream job is to become Veterinarian. She is presently living with his family somewhere around Canada. She is 5 feet 3 inches tall. Alexandra has not let the media know more about her

Alexandra Beaton's biography is available on several bio-related websites. She is also active on social networking sites like Twitter to stay in touch with her her fans all around the globe.