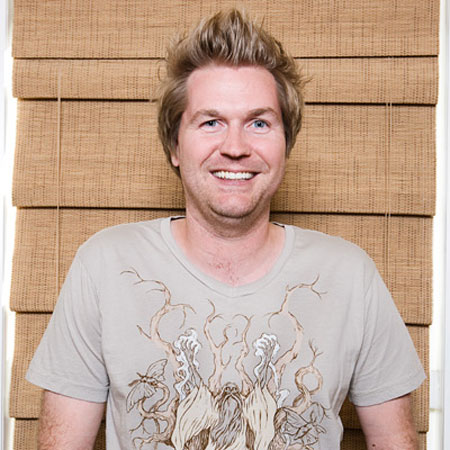 The renown Podcast host, Actor, Director,  Writer  known as Alexander Albrecht  ( Alexander Jennings Albrecht)  born in United  State of America  of Los Angeles, California. Especially in the entertainment industry, he has participated for six years. He is the founder and director of the popular, Los Anfeles-based comedy, The Misfit Toys. He was co-host of the former G4techTV television Program The Screen Savers (an hour-long computer and technology variety show,

Alrecht started his career from the RAND Corporation as programmer and IT person, then as a multimedia programmer in the Science Applications International Corporation. He founded the improve-comedy troupe, The Misfit Toys, a live performance in L.A in 2001. It was continued up to 2003. He appeared as a contestant on the game show Russian Roulette and Beat the Geeks in 2002. He was hired to be co-host of the television technology show, The Screen Savers by G4techTV in September 7, 2004. He joined Revision3 on August 5, 2005. Then he co-hosted Diggnation, which were the videos podcasts, summarized selection of digg users’ top story selections.  He also co-hosted ‘The Totally Rad Show’ with Dan Trachtenberg and Jeff Cannata as a podcast. It was released on March 7, 2007. He hosted another 8 episodes of a weekly cooking show, ‘Ctrl+Alt+Chicken in 2006. Alex and Rose appeared for an ad, ‘Super Bowl’ in GoDaddy.com also. He appeared in a domino’s Pizza commercial eating and in a Dell commercial. In June 17, 2008, Alex launched the Project Lore which is about the popular video game world of Warcraft. In 2009, Alex initiated App Dragon, an iPhone app company which released an app, Duel.  He flew for U.S. Navy Flight Demonstration Squadron in the back seat of Blue Angel, in March 2010. According to Alex’s Twitter account, he founded and directed the short film “Neverland” in July 2010. Then, he acted as a part role in a comedy group  ‘Hammer Don’t Hurt ‘Em’ directed by Stan Wells and also acted as guest-starred in season 3, episode 4 for an Internet based live-action parody of The Legend of Zelda known as The Legend of  Neil.  In May 2012, from the Nerdist You Tube Channel; a new show was released known as 4 Points with Alex Albrecht. Alex and Alison Haislip initiated a new podcast known as the ‘Half Hour Hour Happy Hour’ in April 2015.

Alex Albrecht married with Heather Stewart in 2013. There is rumor in the internet that Alex Albrecht is gay. But it has become just rumor up to now. The estimated net worth of Alex Albrech is approximately $ 1000000 in 2015. It includes his stocks, properties, and luxury goods like yachts, private airplanes etc. His website is alexalrecht.com.