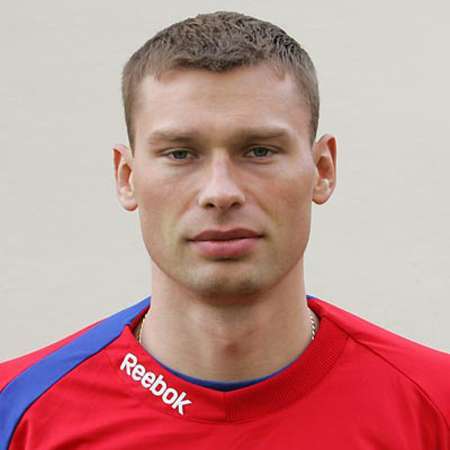 Aleksei Vladimirovich Berezutski is a Russian footballer. He was born on 20 June 1982 in Moscow, Soviet Union. He plays as a defender for CSKA Moscow, a Russian professional football club, and Russia. He was raised in Moscow, along with his twin brother Vasili Berezutski. He is currently married and has a daughter named Alyona.

Aleksei Berezutski started to play football in a sports school named Smena in Moscow. Later, in 1999, he signed a professional contract with Torpedo-ZIL, which was the beginning of his professional football career at the age of 17. He was used mainly as a backup option during his 1999-2000 stay at the club. In 2001 he was transferred to Chernomorets.

The same year, Aleksei Berezutski and his brother were offered to join CSKA, to which they agreed. They also pledged their future to CSKA. His twin brother is also a CSKA defender. He is a regular player of the squad and had scored the first goal from their team in the 2005 UEFA club. CSKA had won the cup, beating Sporting CP from Portugal by 3-1. His contract with the club ends on 30 June 2017.

Although Aleksei Aleksei Berezutski tends to play as a central defender, he can also play as fullback, wingback, defensive midfielder or even as a winger. He is a defender who can join attacks from the wing. In 2014, he scored a 90th-minute equalizer against A.S. Roma in the Champions League. Berezutski is also a Russian national football team regular. He has made 32 appearances since 2003.

Aleksei Berezutski was also selected as Russia's captain for the 0–3 friendly defeat against Romania. It was, however, speculated that Hiddink only gave him the captain's armband so he could differentiate between Aleksei and Vasili. He was confirmed for the finalized UEFA Euro 2012 squad on 25 May 2012.

One of Aleksei Berezutski’s most memorable moments is the euro 2008’s qualification match against England. Russia defeated England by 2-1 and Berezutski had a great contribution in the second goal. He was on the attack and took a shot from just outside the box which Paul Robinson could only parry away. Roman Pavlyuchenko then quickly ran to it and touched it into the net. As of 1 June 2016, Aleksei has made 464 appearances in various leagues and cups and has scored a total of 9 goals.

Aleksei Berezutski is six feet two inches tall and weighs around 183 pounds. His current market value is 557 thousand dollars. His market value peaked on March 29, 2007, reaching $5.5 million. In an interview, he revealed that he prefers to work with Leonid Slutsky at CSKA rather than in the Russian national side.

Recently, Aleksei Berezutski has been voted as player of the season by CSKA fans. He has enjoyed a fine campaign, in which he was also voted player of the month three times.