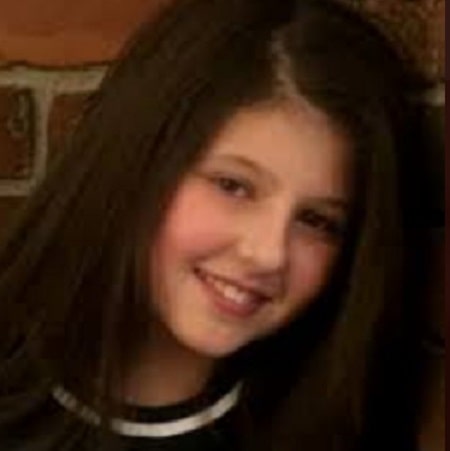 Aleksandra Zelenskaya is a Ukrainian citizen primarily recognized as the daughter of Ukrainian politician Volodymyr Zelenskyy and his wife, Olena Zelenska. Her mother is a screenwriter and the current First Lady of Ukraine. Besides being the star kid, Zelenskaya is also a media personality.

Aleksandra Zelenskaya was born on July 15, 2004, making her age 17 as of early 2022. She is the first and only daughter of the Ukrainian president, Volodymyr Zelenskyy and Olena Zelenska. The star kid grew up together with her younger brother, Kiril Zelensky, born on January 21, 2013. Coming into her educational background, Zelenskaya studies at Novopecherskie School, located in Kyiv. Her education is expected to complete soon, and after that, she may pursue a career in the entertainment line as she has acted in one of her father's movies 8 New Dates.

Her Father Career Beginning As An Actor To Politics

Volodymyr Zelenskyy is a former actor and comedian who is now active in politics. Just at the age of 17, Zelenskyy entered the entertainment industry by joining his local team competing in the KVN comedy competition team. After that, he was invited to join the united Ukrainian team Zaporizhia-Kryvyi Rih-Transit.

The Ukrainian president continued working as an actor and gave prominent roles in various projects. His notable appearances can be seen in Office Romance. Our Time, Love in the Big City 2, Rzhevsky Versus Napoleon, 8 First Dates, Love in Vegas, Paddington, I, You, He, She, 8 New Date, and Servant of the People.

In March 2018, members of Zelenskyy's production company, Kvartal 95, formed a new political party called Servant of the People. Initially, Zelensky denied any immediate plans to enter politics. And on December 31, 2018, he announced his candidacy for president of Ukraine on the New Year's Eve evening show on the TV channel 1+1. 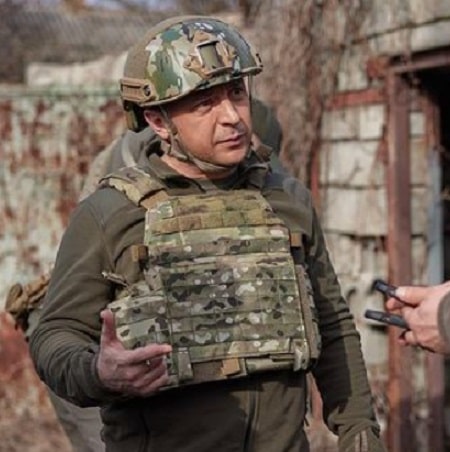 And on May 20, 2019, Zelensky was inaugurated. He is the first Jewish president; with Volodymyr Groysman as Prime Minister, Ukraine became the 1st nation other than Israel to have a Jewish head of state and head of government.

Short Details On Her Mother

Olena Zelenska is her mother, who is a screenwriter by profession. She was included in the list of the 100 most influential Ukrainians by Focus magazine, grabbing 30th place in December 2019. Besides, Zelenska became the first lady of Ukraine on May 20, 2019.

Apart from that, she was hospitalized for observation on June 16, 2020, after testing positive for COVID-19. But the infection was described as moderate severity that did not need mechanical ventilation. And on July 3, 2020, she was discharged from the hospital with continued domestic treatment for bilateral pneumonia.

Is Zelenskaya Dating Someone?

The 17 years old Zelenskaya is still young to get involved in romantic affairs. Likewise, Zelenskaya is focused more on her studies and career at the moment.

Apart from that, there is no official account of Zelenskaya on Instagram (Ð¸Ð½ÑÑ‚Ð°Ð³Ñ€Ð°Ð¼), making it more challenging to know about her present life. On the other hand, her father, Zelenskyy, is an active user of Instagram registered as @zelenskiy_official. From there, we can see some pictures of Zelenskaya.