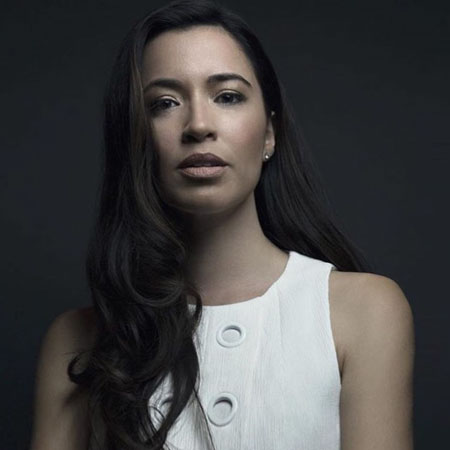 Apart from that, Alejandra Campoverdi works as a media strategist and women's health advocate.Alejandra is the  member of the Democratic Party and she is  contesting in a special election for the U.S. House of Representatives.

Alejandra Campoverdi was raised by a single mother who immigrated to the United States from Mexico. She completed her early education from Saint Monica Catholic High School. She relied on support of non-profit organisations for her education because of her family's poor financial status.

Alejandra Campoverdi's childhood was quite difficult as she grew up in a small apartment which was shared with a lot of family members.

Alejandra Campoverdi completed her graduation from  Annenberg School for Communication and Journalism which is at the University of Southern California. After that, Alejandra joined the Kennedy School of Government at  Harvard University.

She completed her degree in  Master of Public Policy. Alejandra Campoverdi worked as a part-time actress and model to manage fees for her education.

She left the White house in 2012 to work  as Senior Advisor for Innovation and Communications Strategy in Univision. Alejandra Campoverdi became the Managing Editor of #EmergingUS campaign.

Similarly, Alejandra Campoverdi joined the Los Angeles Times as the Director of Multicultural Content. She also works for the Harvard Journal of Hispanic Policy and  Pacific Council on International Policy.

Alejandra Campoverdi is known as a multidimensional woman who has earned quite of a reputation in American politcal scene. She has managed to keep most of her personal life behind curtains.

Alejandra Campoverdi came into limelight in 2004 when she did hot lingerie photoshoot  for the Maxim magazine. Information regarding her boyfriend or her romantic affairs is yet to be revealed.

Alejandra Campoverdi is average in height. She is 37 years of age but has managed to maintain a good physique.