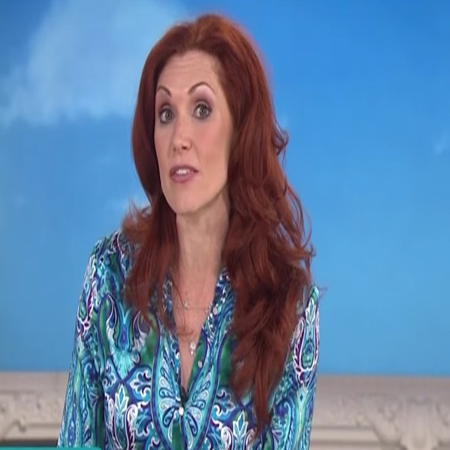 Albany Irvin is a corporate speaker, host, author, and philanthropist. She is well-known for her appearance as a host for America's #1 Shopping Television network QVC. She has been the founder and strategic sales branding director in Global Strategies Sales Marketing Branding Leaders since 2016. Her job is to attend networking events, research industry leaders, track industry trends and participate in industry discussions.

Albany Ann Irvin was born on 30 September in Louisiana, United States of America. Albany comes from an army family background which has led to many adventurous experiences in her early life.

Her family moved so much she ended up going to more than 10 schools.  Irvin graduated her bachelor's degree in science from the Ouachita Baptist University in Arkadelphia, Arkansas. Albany Ann Irvin is Caucasian by ethnicity and holds American nationality.

Albany Ann Irvin always wanted to become a dentist, as she joined the dental school as well as worked as a dental assistant on a military base.

Afterward, she got an offer to work as a co-host for a medical show on a cable channel which she took. Irvin then moved to public speaking in live events and also in trade fairs.

In the year 1992, Irvin started her career as an independent contractor for several media outlets based in Europe and North America.

Irvin also worked as an independent brand strategist along with being a public speaker from 1995 to 2009. In 2005, Albany Irvin was invited to work by Williams Homes, Santa Clarita, California as a new home sales manager.

There she focused on brand strategy improvement, sales contracts closing and advertising collateral for about three years.

From May 2009 to December 2016, Irvin served as a lead program host, multi-platform branding, and live television, sales, marketing, and e-commerce strategist in a liberty interactive company QVC in West Chester, Pennsylvania. QVC is a large $ 8.7 billion worth business with operations in USA, Germany, Japan, UK, Italy, and France.

Albany Irvin's Net Worth And Salary

Albany Irvin's net worth is more than millions at present. She has been able to earn a good sum of salary as she had successful career records in the past.

Albany Irvin earns a decent amount of money from her varied career as an author, philanthropist, speaker, and host, which adds her total net worth in high amount, as she is living her luxurious life with her family. Irvin's exact net worth isn't made public.

Albany Ann Irvin is a married woman. She also has three children. However, since she keeps a low profile when it comes to her personal affairs, her husband's identity isn't public knowledge.

She has also participated in various events for keynote speaking engagements. In 2015, Irvin was the keynote speaker for Austin Women Event, as she spoke on the matter of work, life and balance.