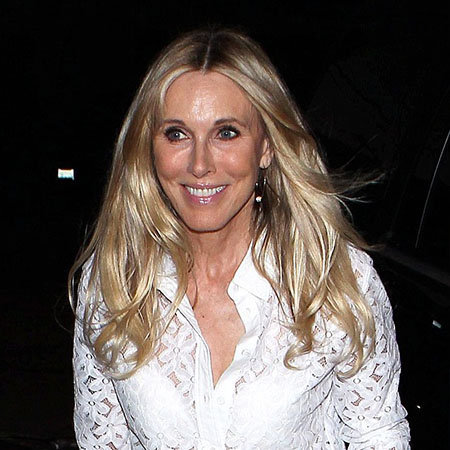 Alana Stewart was born as Alana Kaye Collins on 18th of May, 1945 in San Diego, California, United States of America. She grew up in Nacogdoches and also in Houston. She was very much interested in modeling since her childhood and wanted to be a renowned model in the future.

Alana Stewart signed with Ford Models and traveled to Los Angeles, California for many TV and commercial appearances. She headed to New York to become a model. She didn’t stop there and step her foot in acting.

Alana Stewart’s acting career took off in the 1970s. She appeared for the first time in the biographical film Evel Knievel. The film starred her then-husband George Hamilton. Later, she began to make her appearances in small roles in TV shows like Fantasy Island and The Bionic Woman.

Besides that, Alana Stewart hosted a syndicated talk show with her ex-husband George Hamilton in the year 1995. The show was named George and Alana. However, it was canceled year after it was launched. She also took part in the ABC reality series I’m a Celebrity … Get Me out of Here1!  It was a U.S. TV series.

Later in the year 2012, Alana Stewart guest-starred in an episode of the web series DeVanity as Claudia Muller, the mother of Lara Muller DeVanity and Dr. Portia Muller Roth. Alana Stewart along with her ex-husband George Hamilton appeared in the tenth episode of Season 4 of Celebrity Wife Swap. She swapped lives with Angela “Big Ang” Raiola of Mob Wives fame, and her husband, Neil Murphy.

Alana Stewart married her then-boyfriend, George Hamilton, in 1972. The couple together gave birth to a child named Ashley Hamilton but the marriage could not last long and they got divorced in 1975.

After that, Alana Stewart married to rock star Rod Stewart in the year 1979. The couple together had a daughter and a son. However, the couple got divorced later in 1984.  No any rumors about her affairs have been heard since then.

Alana Stewart discovered that she had been suffering from the Epstein-Barr virus in the early 1990s. She discovered it after two decades. She disclosed about her illness in 1994 and got her breast implants removed because she felt it to be the reason behind her illness. She is living a healthy life now.

Alana Stewart stands tall and gorgeous at the height of five feet and nine inches. Her net worth is estimated to be around $20 million accumulated from her salary as an actress and model. The bio of the famous Alana Stewart can also be found in Wikipedia, twitter, and more.