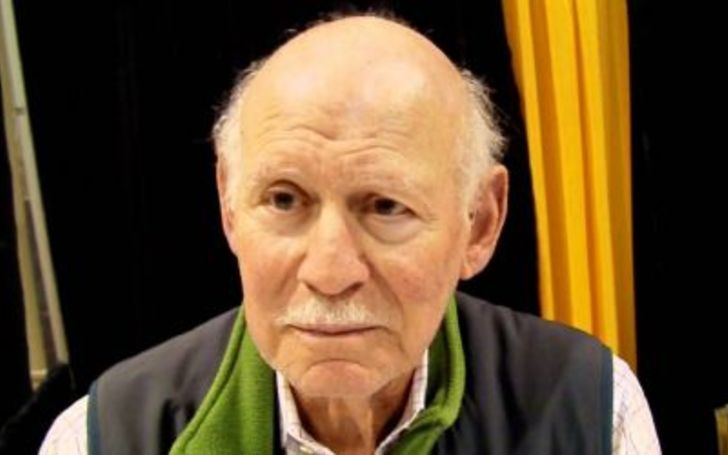 Alan Oppenheimer is an American actor and voice actor who has worked in more than 300 movies and TV series since 1956. Among all, he is very famous for his work in The Secret of the Sword, 9, and Westworld.

Alan Oppenheimer was born as Alan Louis Oppenheimer on April 23, 1930, in New York City, New York, USA under the birth sign Taurus. He is of American nationality while his ethnicity is missing. He is the son of Irene and Louis E. Oppenheimer(stockbroker).

However, the information regarding his education and siblings are missing.

Who Is Alan Oppenheimer Wife?

The 90 years old Alan Oppenheimer is currently single but previously he was married twice. Firstly he was married to Marianna Elliot in 1958 but later on, they took a divorce. Afterward, he married a professional tennis player, Marilyn Greenwood in 1984, however, after six years of marriage, they separated.

Again in 1992, he remarried his first wife, Marianna Elliot, and stayed together until her death in 2003. Following this, he has not been in a relationship with anyone.

With Marianna, he has shared three kids, however, the detail on their kids is missing.

Alan Oppenheimer has a net worth of around $3 million which he has collected from his career in the entertainment industry for more than six decades.

While talking about his career, he started acting in the year1963 after the TV series named The Untouchables as Morgue Attendant. The following year, he was cast in the TV Series named The Defenders. After this, he has worked in several movies and series such as The Felony Squad, The Hero, Gamera the Invincible, I Spy, The Queen and I, Hogan's Heroes, That Girl, The Jimmy Stewart Show, Honeymoon Suite, The Doris Day Show, The Six Million Dollar Man: Wine, Women, and War, Partridge Family 2200 AD, You Can't Take It with You.

Also, he has lent his voice in several shows such as Tarzan, Lord of the Jungle, Battle of the Planets, Blackstar, Hero High, The Puppy's Further Adventures, The Smurfs Christmas Special, The NeverEnding Story, He-Man and the Masters of the Universe, The Wuzzles, Transformers, Rambo, The Nativity.

His recent work as a voice contributor is in the TV series named JJ Villard's Fairy Tales for character Mirror Max / Roach / Flea Circus. Also, his upcoming credits include Masters of the Universe: Revelation where he has given his voice for Moss Man.