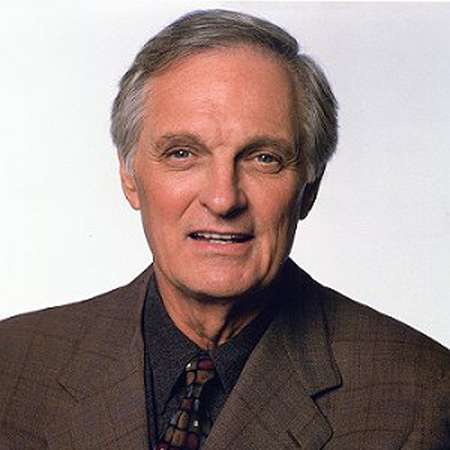 Alan Alda is an American author, actor, director as well as a screenwriter who is known best for his portrayal of Captain Hawkeye Pierce on the TV series M*A*S*H. He was born on the 28th of January, 1936.

Born on the New York City as Alphonso Joseph D’Abruzzo to father, actor Robert Alda, he was interested in acting due to his father, since a very small age. He appeared on stage when he was a baby. His mother is said to have been mentally unstable and Alan also suffered a bout of polio as a child.

His performance in the entertainment industry was since he was 16 years of age. He studied at the New York’s Fordham University and made appearances on television with his father. Alda’s Brodaway debut was in the year 1959 when he starred in Only In America. His next appearance was on Purlie Victorious and his film debut was for the version of Purlie Victorious which was named Gone Are the Days. Alda’s role in the play Fair Game for Lovers, released on 1964, earned him critical acclaim.  He appeared next in several other Broadway productions like The Owl and the Pussycat, The Apple Tree and many more. He also appeared in Paper Lion, a football comedy, as George Plipton on 1968 and starred as Marlo Thomas in Jenny on 1970.

The television series M*A*S*H started in 1972 and became known as one of the best comedies in the history of television. He played the role of Captain Benjamin Franklin Pierce, or Hawkeye as a sarcastic, yet tender hearted character, on the show. His directorial debut too was for this show which lasted for more than a decade. He also wrote the screenplays for several episodes of the show and he has won more than 20 Emmy nominations for his work in the show. He has won Emmy’s for outstanding lead actor, outstanding direction and for outstanding writing too.

Apart from M*A*S*H Alda appeared in films such as California Suite, The Seduction of Joe Tynan and also directed The Four Seasons. After the end of M*A*S*H on 1983, he appeared in Sweet Liberty, Crimes and Misdemeanors, Manhattan Murder Mystery and many more films. He also hosted the PBS series, Scientific American Frontiers and then was cast in the television series The West Wing. His role in West wing too earned him an Emmy. He continued roles in Broadway and acted on several productions such as Glengary Glen Ross. He has also released memoir Never Have Your Dog Stuffed: And Other Things I’ve Learned and an autobiography entitled Things I Overheard While Talking to Myself. Recently he has appeared in TV shows like 30 Rock, The Big C, and The Blacklist etc.

As far as his personal life is concerned, Alda is a married man. He has been married to spouse Arlene Aida since 15th March, 1957. They had commenced dating on 1995 after meeting each other when attending the Fordham University. They bonded when they met at a party of a mutual friend and did not hesitate to eat a fallen piece of cake. This couple have has a strong, steady relationship and have daughters Eve, Elizabeth and Beatrice.

Alda has a net worth of a whopping 40 million dollars which can be attributed to his versatility in the field of entertainment. His legacy is a strong one with him having accumulated fans all around the world who wish to understand more about this legendary actor.