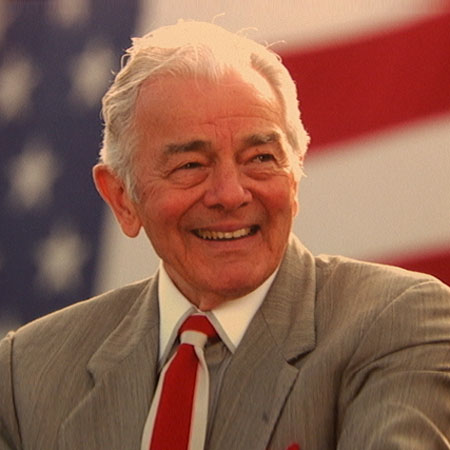 Al Neuharth was famously known as an American businessman, writer, and columnist. He is mostly remembered to be the founder of USA Today, The Freedom Forum, and its Newseum.

Al Neuharth was born as Allen Harold "Al" Neuharth on 22nd March 1924 in Eureka, South Dakota in the United States of America. He was born as the son of Daniel J. and Christina.

Neuharth was born in a German-speaking family and was an American by nationality. Neuharth's father passed away when he was just two years old. So, Al Neuharth took responsibility of the whole family.

Neuharth worked hard from a very young age. He worked at his grand father’s farm and also distributed the Minneapolis Tribune. Later on, he gave up his earlier job as he got a new job with a good salary in the meat industry. He studied at Alpena High School in Alpena, South Dakota. Neuharth also worked for Allen Brigham who owned the Alpena Journal.

Al Neuharth joined the Army in the Second World War. He was deployed to France, Germany, and the Philippines as a member of the 86th Infantry Division. He joined the University of South Dakota in Vermillion for his higher studies after the war. He edited the newspaper, The Volante when he was at the university.

At first, Neuharth founded the SoDak Sports, the weekly newspaper with Bill Porter but the newspaper went bankrupt after a year. After that, he worked as an assistant managing editor at the Miami Herald.

Neuharth was then sent to Detroit Free Press. Soon after, he decided that he didn’t want to continue with the Miami Herald because of the Knight family's control in the organization.

He later moved to Gannett's headquarters in Rochester, New York accepting the offer of Gannett head Paul Miller to run its paper, Democrat and Chronicle. With his contribution, Gannett became the largest newspaper company in the United States. Neuharth founded the USA Today in 1982.

Neuharth renamed the Gannett Foundation as Freedom Forum and served as its chairman until his death in 2013. He is also the author of many bestselling books.

Al Neuharth was first married to Loretta F. Helgeland on June 16, 1946. He had two children with his first wife. He divorced his first wife in 1973.