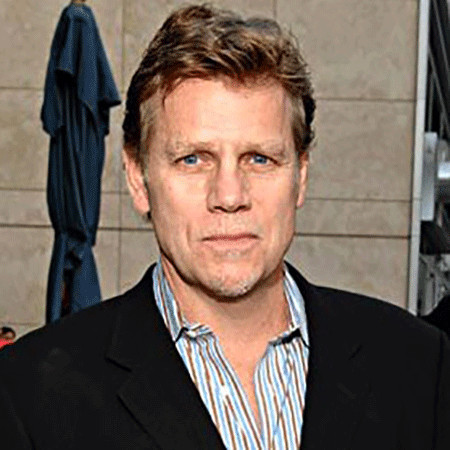 Al Corley is an American actor, singer as well as producer, best known for playing Steven Carrington as a gay man on the 1980s American prime time television soap opera Dynasty from 1981-1982.

Al Corley was born as Alford Corley on May 22, 1956, in Wichita, Kansas, United States of American. He belongs to white ethnicity and holds an American nationality.

Al Corley began his acting career in 1979, with the TV movie "Women at West Point." Later, he appeared in several small roles.

After that, he portrayed as Steven Carrington on the wildly popular prime-time soap opera Dynasty, but he left the show in 1982. Later he acted in numerous series and the small films in the late '80s and early '90s.

In the year 1994, Corley made his directorial debut with the German TV movie "Last Dance," which he wrote, produced, and acted in.

The following year he produced and worked as the second unit director for the German film "In the Flesh" focusing more on building in the late '90s and '00s.

Corley produced 16 films, including the 2006 horror film "The Gravedancers." In 2005 he directed his second film, "Bigger Than the Sky," which featured Amy Smart and Sean Astin.

Corley will forever be known as the first Steven Carrington. After two years of portraying the bisexual black-sheep son of rich oil baron Blake Carrington, Corley ceded the role in 1982 to the similarly blond and chiseled Jack Coleman. The sizzling series’ explanation for Steven’s transformation: He underwent plastic surgery after being injured in an explosion while exiled in Indonesia.

Al Corley was married to Jessika Cardinahl in 1989. They have three children, Sophie, Ruby, and Clyde. The oldest daughter, Sophie, has Wolf ¬Hirschhorn syndrome which causes severe mental & physical handicaps.

Al and his wife are active in organizing a fundraiser to improve the quality of life for their daughter and other disable. They got separated in 1999.

Al Corley had a brief romance with pop star Carly Simon. It was Corley who appeared with Simon on the cover art shot for her 1981 album Torch.

Corley’s most challenging role has been as a father to Sophie, the oldest of his and wife Jessika Cardinahl’s three children. Born with Wolf-Hirschhorn syndrome, a genetic disorder that causes severe mental and physical handicaps, Sophie, now 11, weighs only 31 pounds and can neither walk nor talk.

“People may see my wife and me pushing a carriage, and they might think we’re the perfect couple,”

Al Corley made money by Actors niche. For all time, at the moment, 2016 year, Al Corley an estimated net worth of $57 million by 2016. He resides in the Pacific Palisades area of Los Angeles.