Ajit Agarkar is an Indian former cricketer turned cricket analyst. He played for the Delhi Daredevils and the Kolkata Knight Riders and led Mumbai to a Ranji Trophy victory in 2013. With over 200 international matches, Agarkar has represented his country in the 1999 Cricket World Cup and the 2007 World Cup.

How Old is Ajit Agarkar? What is his Height?

Ajit Agarkar was born Ajit Bhalchandra Agarkar on December 4, 1977, in Mumbai, India, to Meena and Balachandra Agarkar. The 42-year-old is officially billed as standing at 5 feet 5 inches (1.7 meters).

Agarkar started playing cricket as a batsman when he was a child. Originally enrolled at IES, he transferred to Shardashram Vidyamandir at the insistence of his then-coach to better accommodate his cricketing schedule. He later attended Ruparel College in Matunga, Mumbai.

Throughout his adolescence, Agarkar excelled as a batsman. He was part of many inter-school cricketing tournaments and scored heavily for his team during the Giles Shield Under-16 and later, the Under-19 tournaments. As his career began gaining steam, Agarkar started bowling to round out his skills as an all-rounder to better his chances of performing on national and international tournaments. 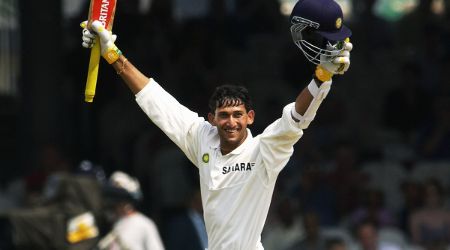 Agarkar made his Test debut against Zimbabwe and his ODI debut against Australia in 1998. His T20 debut came in 2006 against South Africa in December 2006. His Indian Premier League (IPL) debut came in 2008 as part of the Kolkata Knight Riders league against Royal Challengers Bangalore. He also played for the Delhi Daredevils from 2011 to 2013. He won the Man of the Match distinction during a Coca-Cola champions trophy match by taking four wickets against the opposition, New Zealand in April 1998.

One of his career highlights was his performance at the 1999 Test series against Australia when he took 6/41, ultimately leading to India's first win against Australia at a Test series in over two decades. He is also one of the few batsmen to have scored a Test century at Lords that he scored during India's tour to England in 2002. Agarkar also holds the record for the fastest fifty in ODI history during the 2000 ODI season against Zimbabwe.

Agarkar retired from active competition in 2013 and became a cricket analyst and appears in many cricket-related programming, providing expert analysis.

Father of a Son with Wife Fatima Ghadially

Agarkar has been married to his wife Fatima Ghadially since February 9, 2002. They have a son together, Raj Ajit Agarkar. 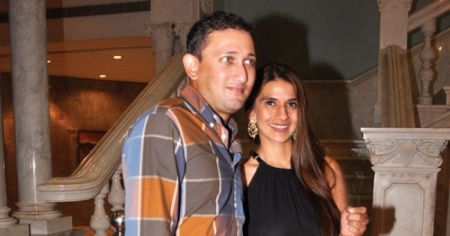 He currently resides in Maharashtra, Mumbai with his family.